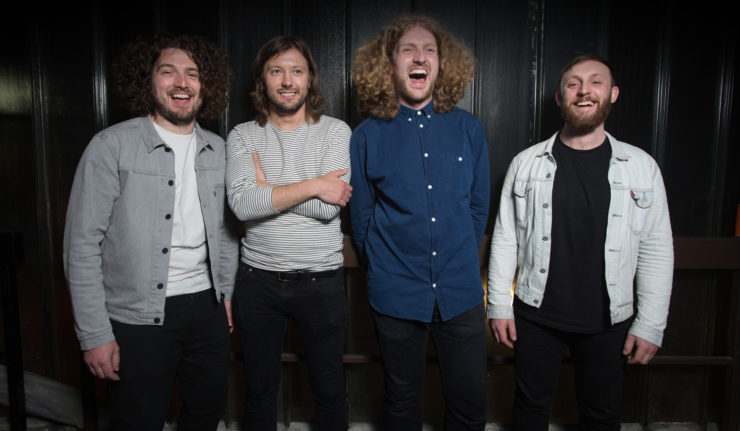 Milburn are coming to Leicester’s O2 Academy on Friday 10 November as part of their biggest ever UK tour to celebrate the release of their third studio album. As comebacks go, the return of Milburn has been a hugely successful one and we caught up with main man, Joe Carnall, to find out more.

What a year it’s been since you reformed as a band. Can you begin to pick a highlight?
It’s got to be our hometown show at the Don Valley Bowl, Sheffield. Essentially, we put on our own festival for the day with Tom Grennan, Cabbage and Reverend & The Makers supporting – 6,000 people turned up and we got to be proper rock stars for the day. It’s probably the best gig we’ve ever done.

In the 8 years that you were on a break from the band how do you feel the music industry has changed in that time?
It’s almost unrecognisable. Although we were aware of the emerging download/streaming culture when we put our first records out, we didn’t fully understand how big it would eventually become. The likes of Apple Music and Spotify almost monopolise how people come into contact with new music. It’s hard to make breakthroughs without their support. The emergence of social media however has negated the need for a London based middle man. You can now speak directly to fans without anybody manipulating or packaging what you say which is liberating.

Your latest album was released in September, how have you found the reaction to the record?
It’s been great. We wrote the record for milburn fans (they paid for it!) and have been relieved by how much they have taken to it. I suppose the real test will come when we play the new stuff live.

Do you think your fanbase has stayed largely similar or has the new record brought in a new crowd of Milburn fans?
I honestly don’t know. Of course there’s the old guard that have stuck with the band and were there at the beginning. There’s a lot of ‘kids’ at the gigs which confuses me a bit – I feel like asking them ‘how do you know about us?!’. It’s nice though as it means that we’ve still got some relevance.

What can fans expect from the upcoming show at Leicester’s O2 Academy?
Backflips, fire eating and spandex.

If you could tour with any band who would it be?
Good question. I’ve never played a gig in America or Australasia so It would have to be someone who’s pretty big globally but still cool enough that we’re not playing soulless arenas every night.  Maybe QOTSA from the ‘Songs For The Deaf’ era.

Are there ambitions that you’ve still to fulfill as a band?
As above really. Play more interesting and wonderful places/festivals. We’ve never played Glastonbury so that’s definitely on the bucket list.

Your tour finishes up before Christmas, what have you got planned over the festive period and new year?
Every year I do a special Christmas gig in Sheffield with whoever is around at the time. I’ll be doing that. I think the others just plan on getting fat and hairy.

What do the next 12 months hold for the band?
I think we’ll do some more festivals next summer as it’s an opportunity to get the new record across to new fans and impress people. After that I think we’ll probably keep our heads down for a bit. Enough people will have had their Milburn fix by then.

Milburn play Leicester’s O2 Academy on Friday 10 November. Tickets are priced at £20 and available from Gigantic.