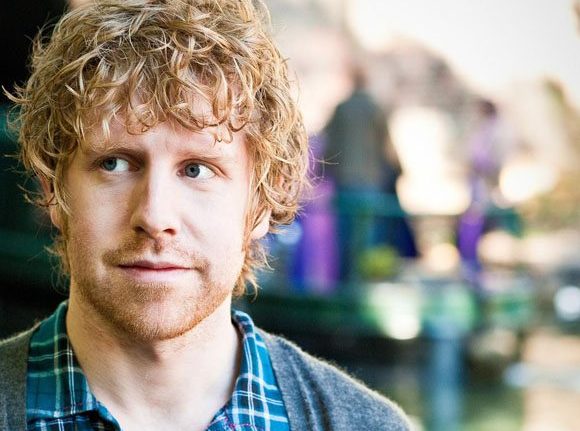 Josh Widdicombe is no stranger to Leicester Comedy Festival having performed on numerous occasions and even winning the Leicester Mercury Comedian of the Year award in 2010. Josh is back at the festival for 2012 and we caught up with him to chat about what’s in store.

“Leicester Comedy Festival is really great, there’s just so much going on. Often at Edinburgh, as much as I love it, it can seem like a long haul, whereas with Leicester you can really get out there and enjoy it.“ Having heard a rumour that performers at the festival get free Nando’s, we thought we’d better ask Josh what the situation was, “It’s certainly one of the big appeals! Although I have to be careful not to play too many shows in Leicester or I might start getting bored of the chicken!”

For those who aren’t familiar with Josh as a comedy performer, he describes himself as “frustrated observational stand-up”. He adds, “I never really sat down and thought I want to be this certain type of performer, I guess you just naturally fall into what fits your personality.”

“I knew I could never work in an office, it wasn’t for me, then I did one gig and I was hooked! Maybe if that first gig had gone badly I’d have given up there and then, but it went well and you just have to build and build on it.”

Many a person these days goes to a comedy gig and thinks to themselves “yeh I could do that”, but surely it’s not that easy. Josh simply added, “It’s too crowded as it is, please leave us alone! No, in all honesty you just have to do it. You always hear people who write and write, say they’re good and have an hours worth of material, but all you really need is 5 minutes worth and just get up and do it. Book in a gig and then you’ll be forced to do it!”

Having been on the scene for a while now, Josh has appeared on a number of panel shows and supported various top comedians on tour. Is there a pressure on these guys to be funny all the time?  “To be honest, there’s probably less pressure to be funny now, I’ve found. Maybe because I’ve proven myself a bit? The sad truth is that comedians are quite normal. I’ve worked in offices and there are just as many mental people in offices as you’ll find on any comedy circuit.”

In his show on Thursday 16th February, Josh will be co-headlining the gig with Seann Walsh, so don’t miss out on the chance to catch them both together! “I’m great friends with Seann, I see him a lot. It’s a win win really, he’s a great guy and a great comedian.”

You can catch Josh live as part of Dave’s Leicester Comedy Festival on Thursday 16th February at The Little Theatre (with Seann Walsh) and he’ll also be performing a work in progress show at The Crumblin’ Cookie on Saturday 18th February.