Jay Connolly is a self taught Leicester based artist specialising in using acrylic paints. He’s well know for his depictions of unique sporting icons and capturing sporting events and memories, with his work spanning from football and boxing. We caught up with him to find out more about his career highlights and how it felt to be commissioned by Leicester City Football Club’s team and owners for his work.

Your art pieces and individual portraits are fantastic, when did you first start drawing/painting and decide to pursue it as a career?
I started painting around 6 years ago when I decided to visit my local art and craft store and brought a cheap set of acrylic paints and paint brushes. I had never painted using acrylic paints before so this was all new to me. I started off just painting in black and white on a sketch pad and soon I was painting most nights. Each painting I did notably improved so then I decided to start painting on canvas and then moved on to using colours. Since then I have made quite an impression it seems in a short space of time. My paintings are owned by some of the world’s top sports stars and I have gained many followers and collectors from around the world.

You’ve made quite an impact in specialising in sports portraits. Was this always your intention?
At the start I would paint anything and anyone but I quickly narrowed it down to mainly sport as this is what I am interested in and if you are interested in what you are painting I believe the painting will reflect that.

Being a Leicester lad, how special is it to know that your paintings hang in both the Directors’ Lounge and the Home Changing Room at King Power Stadium?
Yes its amazing to think my paintings hang where they do at the King Power. I never knew where they ended up until I was invited into the Directors’ Lounge at half time by Khun Top and he showed me that the Champions painting was hanging up in there.  Again, I wasn’t sure where my painting of Vichai had ended up until Leicester City player James Maddison mentioned that it was up in their changing room.

When did Vichai and Top Srivaddhanaprabha first become aware of your work?
They first became aware of my work when I took the Champions painting down to the training ground at the end of the 2015/16 season. Since then I have had a good relationship whith the Club, they’re really nice people.

You’ve also been commissioned by other players including Kasper Schmeichel to do portraits of them. Which has been your favourite to do?
I have painted many Leicester City players and still in the process of doing more as we speak. I’ve not had a favourite really as I’ve enjoyed painting them all but the Vichai painting was special because of what it meant.

You’ve also had great success in the boxing world, including being commissioned to create the programme cover for Haye v Bellew. How did this come about?
I was contacted by David Haye’s manager to see if I could paint the front cover of the programme for David Haye’s comeback fight at the O2 Arena 3 years ago.  Since then I have painted the front cover of the programme for David Haye’s last 4 fights all at the O2 arena, including both PPV fights with Tony Bellew. Painting boxers was what I first started to do and is really now my main sport to paint. This started because it’s my favourite sport and knowing a couple of professionals at the start I painted portraits for them. This then grown to other boxers and now I am being commissioned to paint by some of the world best which is amazing it the short period of time ive been painting.

Is there anyone that you’ve done a painting of that they’ve yet to see and you’d love to get in front of them?
I’d probably say Liam Gallagher, I’d love to show him the painting I’ve done of him.

How long does each portrait take you to complete?
It really depends on what painting, what style and size, but it can be anything from a few days to weeks. 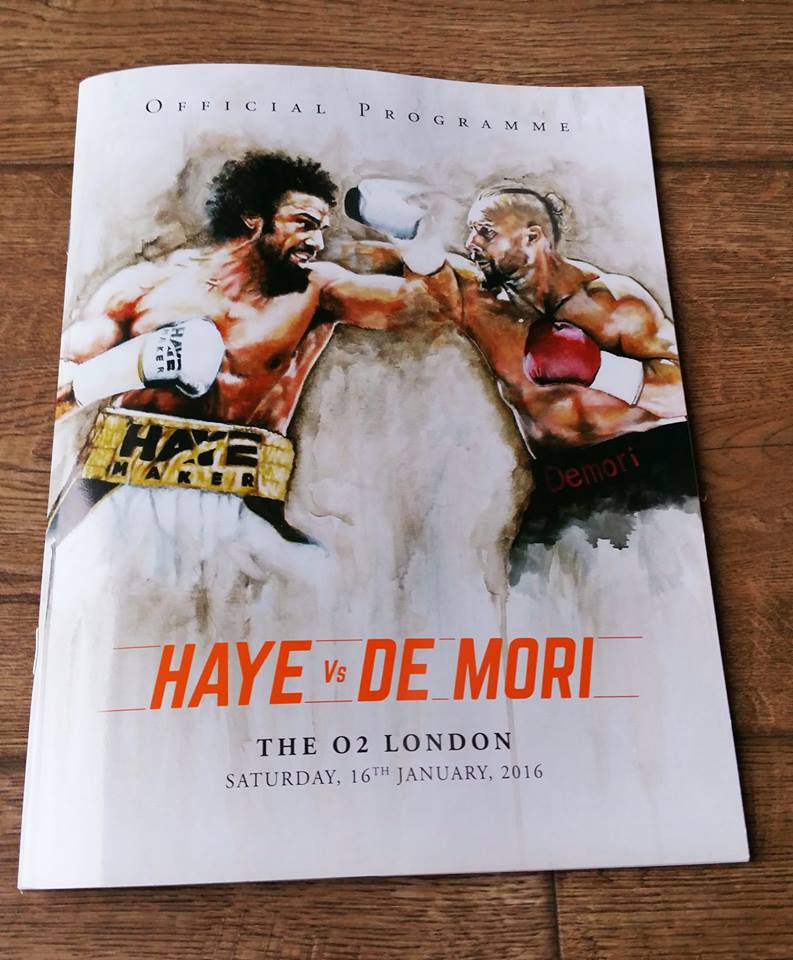 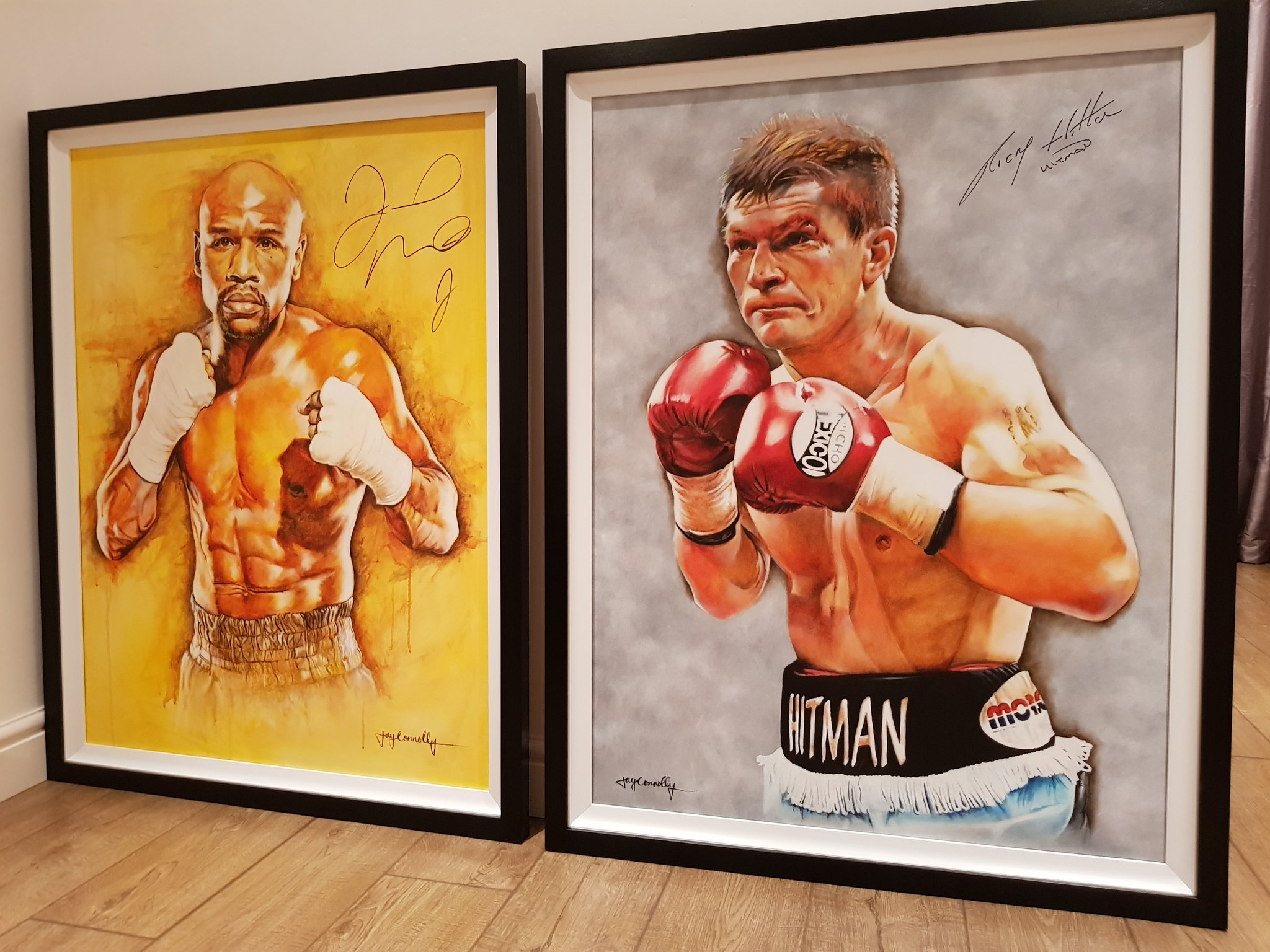