If you’re a fan of the TV show Hunted then you’ll already be loving the new series that’s on TV, as group of new escapees try to avoid being caught by the team of “hunters” in a bid to win £100,000. One of those on the Hunted team, tracking down the contestants back at Hunted HQ is Leicester’s own Colin Crowden. We caught up with him to find out more about the show and his other cocktail based activities closer to home.

How did you come to be involved in this series of Hunted?
I joined the Hunted HQ team last season following a fairly mysterious call from the production team whilst working in Hong Kong. I hadn’t been following the show living overseas but once they explained the concept I couldn’t wait to join the cast.  Being invited back for this year’s series was really exciting.  It’s such a unique opportunity to work with some of the most talented people from the world of investigators and analysts that I always look forward to the challenge of the Hunt!

How would you describe the show to anyone who hasn’t seen it?
Hunted is essentially an elaborate game of hide and seek but the fugitives are given the run of mainland UK and we have to track them down over 25 days using all of the combined skills our Hunter team have in their armoury … and trust me there are some scarely clever people both in the HQ and on the ground chasing down the contestants! The lucky few who can make it to the final day are extracted with a share of £100,000 prize money.

How well do you think you would do if you were one of those on the run?
Firstly I’d not wish it upon myself! it takes some real courage to put yourself up for the experience.  It’s mentally and physically one to the toughest things you can do.  However, I’d like to think I’d give the rest of the team some trouble given I’ve studied all the tactics fugitives have used on previous runs.

Where would be your first escape location?
It’s fascinating to see where people feel is off the grid and a safe location .. Scotland is always a favourite! I think I’d perhaps switch things up and look to blend into a busy urban environment, there’s lots of cameras but being one amongst thousands can be hard to spot.  Remember it’s about spotting the absence of the normal and the presence of the abnormal that is key to hunters picking up your tracks. When was the last time you made eye contact with a homeless person or the street canvassers? They are largely faceless in a sea of passesby .. would you spot a fugitive in disguise?

How did the idea for the show first come about?
The Hunted show originally focussed on an entertaining way to highlight the surveillance culture that we have in the UK, which makes it one of the safest places in the world but as the show progressed the public really started to get behind the fugitives and it’s developed into the high octane chase you all enjoy on TV now. 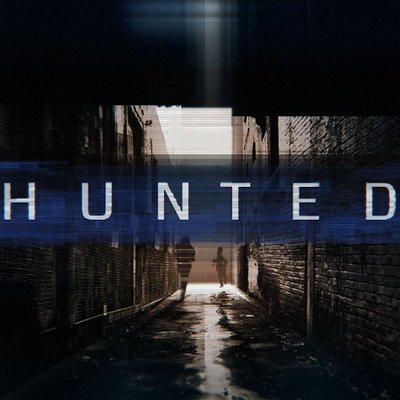 What’s the background of all of those with you tracking the contestants down?
The Hunters are largely made up of former Police and Miltary personnel with a vast experience of gathering intelligence and tracking people across all kinds of hostile environments. Added to that mix are the cyber team and our resident psychologist Dr Donna Youngs,  who probably scare me the most! The cyber guys can find ways into your social media and online world very easily and Dr Youngs ability to know what a person is thinking and potentially do next is spookily accurate!

Are you really not given any clues to lead you to the locations?
The first we know of our prey are when make their first break for freedom and all we have is a mug shot and a name to work from.  What you don’t see on screen is the hours of investigative work going on in the background that is put in to get us on the tails of the fugitives, trawling through phone or internet records and finding CCTV cameras that may capture a glimpse of the fugitives.  We have to go through all of the processes we would in a real life operation but the show is condensed into the thrilling hour long episodes you see on screen. It’s a high pressure environment with some very strict adjudicating by the shows referee, Former Detective superintendent Kevin O Leary who takes no nonsense!

What was your favourite thing about being involved in the show?
It’s a real buzz! I love working with the Hunters who are as gregarious off screen as they are on and where else would I getvteh opportunity to work for legendary figures such as the Chief; Peter Bleksley! I also love to see how the whole experience helps the fugitives grow in confidence and test themselves – we aren’t quite as heartless as we seem on TV!

What skills do you think someone needs to be the winner?
The key is adaptability.  No plan survives contact with the real world and if you can make cool headed decisions on the move it makes it all the harder for us to predict that next move.

You’re local to Leicester (when not working) and are currently setting up the wonderful Campfire Trailer – tell us a bit more about it…
That’s true! Part of the fun about my career has been the travel and I’ve always loved trying out the street food and cocktails from around the world.  I always thought it would be amazing to be able to combine my love of the outdoors with a great cocktail experience so Campfire trailer was born from that idea.  We can bring that inner city cocktail bar experience and take it to new and interesting places often combined with the banging street food culture which has burst onto the Midlands cultural scene.

What’s your favourite cocktail to make?
Always a tricky question as it chances season to season but one of my favourites will always be the humble Old Fashioned. Simple, quality ingredients but a skill to make well. Plus the time it takes to make is a good excuse to swap travel tales with our customers!

When will Campfire Trailer be ready to roll in Leicester?
We have some exciting plans on the horizon for 2019 and will next be making a guest appearance in Leicester in the coming weeks for a Valentine’s Day surprise so keep your eyes peeled for updates and hunt us down!

The new series of Hunted in currently on Channel 4 every Thursday night at 9pm.

Keep up to date with everything about Campfire Trailer over on Facebook.