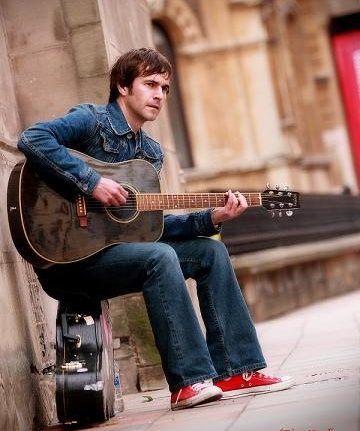 Morriss is best known as the frontman of indie rock band The Bluetones, who achieved great heights during the 90s. With their biggest hit, Slight Return, released in 1996, they went on to have 13 Top 40 singles as well as 3 Top 10 albums. They carried on past the Britpop era and eventually split in 2011 following a farewell tour.

Now, frontman Morriss is back on the road with solo material. He released his first solo album, Memory Muscle, back in 2008 and new material has taken him on a more melodic, folk-tinged musical route. From his live show you can expect to hear some new material as well as old favourites, so don’t miss out on a well needed dose of indie goodness!

Support comes from Move!, The Fleeting Minds and Danny Greet.

Tickets are £7 in advance (more on the door) and can be purchased HERE.

Check back soon for our interview with the man himself.