Holly Bell is Leicester born and bred and until now you most likely know her from being a finalist in the Great British Bake Off, or from her wonderful bakes at Mrs Bell’s Brownies.

Lockdown caused a slight change in focus and now the mum of 3 has just released her debut book, and no it’s not about baking. I Know I Don’t Know You But… is a guide to marriage, divorce and separation and has been inspired by not just Holly’s own personal experiences, but from first hand stories from women she’s met along the way.

We caught up with her to find out more about it. 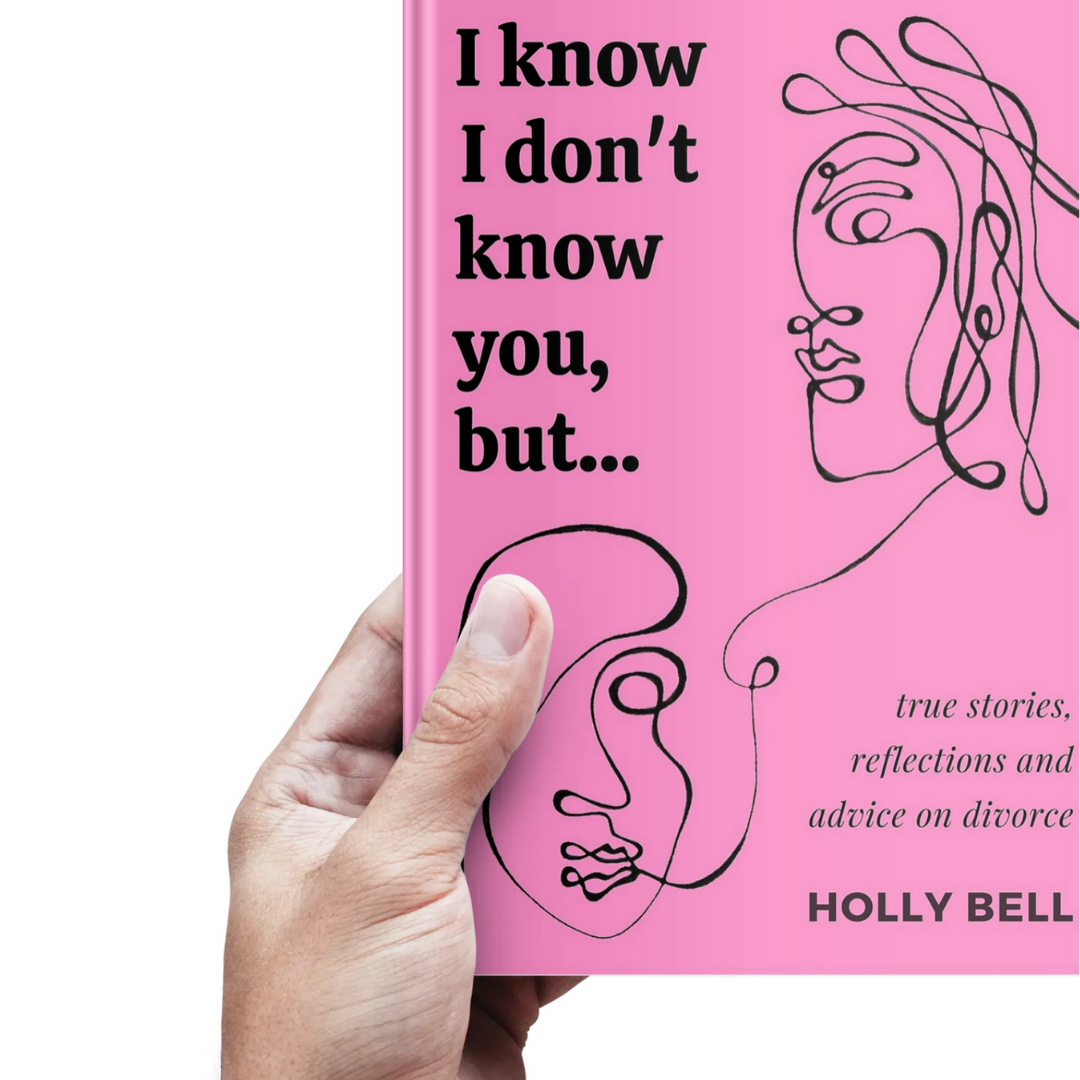 How would you describe the book to anyone hearing about it for the first time?

Think of it as everything your best friend would tell you about marriage, divorce and separation. No holds barred, proper real-life pithy advice. It’s the length of a short novel, combining the collective wisdom of divorced women along with my own thoughts and advice. It’s designed to be read in small, snatched moments, so each subject is addressed in a standalone section (though grouped into chapters).

When I was going through my divorce my mind wasn’t able to cope with following long narratives, it was jumpy and easily distracted, so I’ve written it with that in mind. Chapters include: The end of the marriage, Looking after you, Family, friends and other people, Legal, Children, Abuse, Narcissism and Moving on. Interestingly it’s been enjoyed by lots of women who are already separated and divorced but also by many who are divorce-curious and even those who are happily married. As one woman said to me “I have been married for over 30 years and I want to stay that way, so I make a priority to read about how relationships might go wrong and how to avoid going down the same path”.

What first inspired you to write it?

Okay, so I’ve been divorced for 4 years now. I never thought I’d get divorced. Who does? And then divorce happened to me. Or rather I chose divorce. When I told people my marriage was coming to an end, I was surprised at how many women contacted me through social media, especially instagram. Strangers sent me long messages about their own divorces. Women wanted to tell their stories, ask for advice, reach out to say that they had a shared experience. Mainly, wanting to be heard. I realised there wasn’t any one place that the collective wisdom of divorced women was shared, an all-encompassing book, a book a bit like a friend, who would advise you on what to do with your wedding ring as well as how to cope with sleeping alone. So I wrote it.

And the title? It’s the way many women started the conversation with me online. ‘I know I don’t know you but…’ was their ice breaker. Had you planned to write a book or was it born out of lockdown?

As soon as I started to receive messages from other women about their divorces back in 2017, I realised that there was a wealth of learnings that had to be shared. When I was going through my own divorce I found there were a lot of books about the legal process (that were impenetrable) and many on co-parenting and also dating, but nothing that put everything in one place. I’ve been thinking of how to pull all this amazing advice together for a few years. Then the third lockdown happened and well, I just started to type, and found myself with a whole book!

You stated that this can been seen as a general relationship book as well and not just focused on divorce, tell us more about that?

By the time anyone gets divorced, they’ve already done everything they can to save their marriage. It’s not a decision anyone takes lightly, I know I didn’t. I feel that if I’d known more about the legalities of what marriage meant, how divorce worked, the way it changes children’s lives, and also the issues in relationships that absolutely must be dealt with straight away, then I may not have ended up on the path I did. I’ve had a lot of feedback from women who are happily married saying they felt it has made their marriage bullet proof because it’s given them a handbook of how to avoid divorce. I also had a lovely email from a woman who said she had bought a copy for each of her teenage daughters as she felt the chapters on abuse and narcissism were essential reading for all young women.

How has the response been since the book was released?

It’s been a bit of a surprise to be honest. I wrote it in the hope that others might learn from the experiences of all the amazing women who shared their stories with me. The thing I most wished for, was that perhaps one woman might use it to navigate her marriage (and possibly divorce) better, but it turns out that lots of women have benefitted from it. It went straight into number 5 in the hot new releases amazon chart for divorce and separation and I’m already looking at a second print run.

What was your favourite thing about writing the book?

It was a hard book to write as it took me back to some really unhappy moments at times, but it also felt like a cathartic process. I wrote a lot of it feverishly in huge chunks when my sons were with their Dad for the weekend. I took each woman’s experience and tried to do justice to it by retelling it properly and adding in learnings and advice from myself and others.

Do you have more in the pipeline?

Yes I do. I am writing a fiction book at the moment. I’ve always wanted to write… my degree (over 20 years ago!) at Liverpool was in English Language and Literature and I was a runner up in the Vogue Young Writers Competition during that time too. I then worked in advertising for many years, then as a food writer after Bake Off. I’ve always written, but now I’m over 40 I feel that I can dedicate myself to what I truly love.

Where’s it available, when and how much?

Paperback copies are £9.99 including delivery from my website – https://hollybellbooks.com/products/pre-order-i-know-i-dont-know-you-but-true-stories-reflections-advice-on-divorce or on Amazon too. You can also now buy in store at new independent book shop, Fox Books, in St Martin’s Square.

David Lister, Head of Family Law at Simpson Millar said “I read this in a day. As the head of a family law solicitors I’ve encouraged all my lawyers to read it… A perfect companion for someone facing an uncertain future. It will make them feel less alone”.