There’s another hit show coming to the Haymarket Theatre as they announce a new production of Rock of Ages will be coming to Leicester in June 2019.

Rock of Ages in an LA love story lavished with over 25 classic rock anthems. Lose yourself in a city and a time where the dreams are as big as the hair, and yes, they can come true! The cast in the production at the Haymarket includes Kevin Clifton (Strictly Come Dancing, Burn the Floor) as Stacee Jaxx, Kevin Kennedy (Coronation Street, We Will Rock You) as Dennis, Zoe Birkett  as Justice,  Lucas Rush  (American Idiot) as Lonny, Jodie Steele (Heathers) as Sherrie, Andrew Carthy as Franz, Vas Constanti as Hertz and Rhiannon Chesterman as Regina. 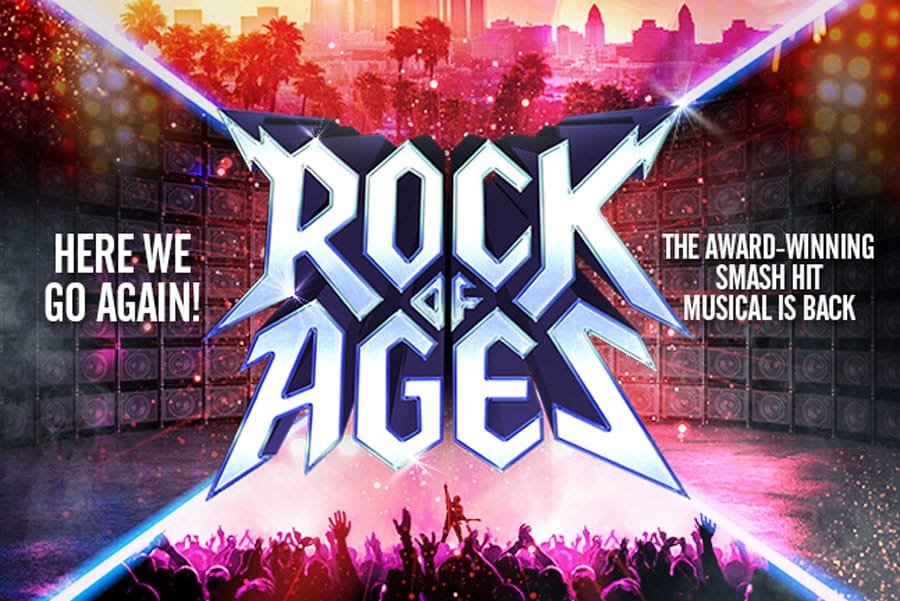 This hilarious musical comedy will have you singing and laughing along with its epic songs, including Don’t Stop Believin’, We Built This City, The Final Countdown, Wanted Dead or Alive, Here I Go Again, Can’t Fight This Feelin’ and I Want to Know What Love Is, played loud and proud by an awesome live band.