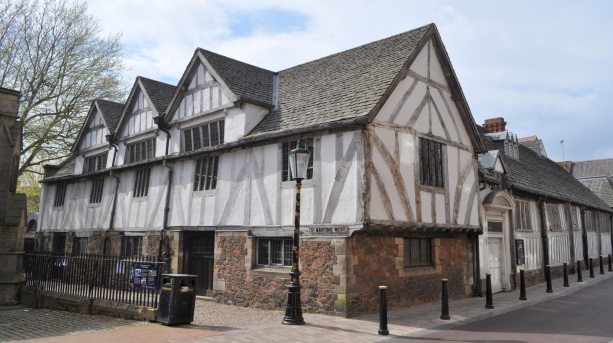 What better way to get in the Halloween spirit than by watching the original classic Ghostbusters in one of Leicester’s most suspected haunted buildings? Now’s your chance as on Sunday 30 October you can watch the 1984 classic movie in the unique medieval setting of the Guildhall.

You know the story… Three odd-ball scientists get kicked out of their cushy positions at a university in New York City and decide to set up shop in an old firehouse and become Ghostbusters, trapping pesky ghosts, spirits, haunts, and poltergeists for money. They wise-crack their way through the city, and stumble upon a gateway to another dimension, one which will release untold evil upon the city. The Ghostbusters are called on to save the Big Apple.

Directed and produced by Ivan Reitman and written by Dan Aykroyd and Harold Ramis. The film stars Bill Murray, Aykroyd, and Ramis as three eccentric parapsychologists who start a ghost-catching business in New York City. Sigourney Weaver and Rick Moranis co-star as a client and her neighbor, and Ernie Hudson as the Ghostbusters’ first recruit.