Gig Pick Of The Week 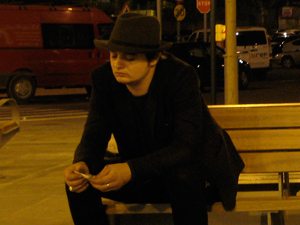 Love him or hate him, everybody knows him, now one of indie music’s most controversial stars is heading to Leicester as Pete Doherty brings his new tour to the O2 Academy on Wednesday night.

With the reunion of The Libertines, last year proved to be a big one for Mr Doherty. High profile reunion shows at Reading and Leeds threw them back into the spotlight and had the indie music world on tenterhooks waiting for more shows and new material. As yet these hopes haven’t been fulfilled, but instead Pete has been working on his own solo projects. He’s even been doing a bit of film acting!

Now The Libertines and Babyshambles frontman is back on the road and bringing his solo show to Leicester this week. You can expect to hear a mix of hits including some Libertines and Babyshambles numbers, whether it be Don’t Look Back Into The Sun or Fuck Forever, there will be something to get everyone singing along. There’s no denying that this man spends more time in the news for the wrong reasons that the right, but one thing he can do is put on a great show!

Peter plays the Leicester O2 Academy on Wednesday 4th May. Tickets are still on sale priced at £18 and you can get yours from HERE.