Gig of The Week 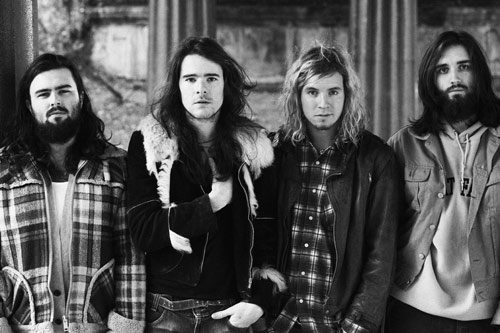 Being signed to the same label as The Killers, Razorlight and Metallica is certainly a good indication of a band’s potential for success and Vertigo Records’ Kassidy are going to be putting that potential on show at The Soundhouse next week.

With a new album out on 30th April, Kassidy have been making waves on the music scene of late. Widely thought of as one of the hottest young bands to come out of Scotland, they’ve picked up a massive following from their various festival dates. The band take their sound from Californian 60s folk and have even been compared to a modern Crosby, Stills, Nash & Young.

The band are bringing their blend of Scottish acoustic indie folk to The Soundhouse of Southampton Street on Thursday 15th March and tickets are only £7. Make sure you get yours in advance to avoid missing out or paying more on the door. You can book them HERE.

For a taster of what’s to come check out the video for the band’s single I Don’t Know.