Do you fancy a night in Leicester’s oldest police cell? Or would you prefer to investigate the old library where pages have been known to mysteriously turn overnight? Book now for a nighttime ghost hunt at Leicester’s Guildhall on Saturday 4 January.

The Guildhall was built around 1390 and is located in the old walled city on Guildhall Lane. It is a Grade I listed timber framed building, was once the towns meeting place for banquets and festivals and also functioned as the Cities Town Hall until 1876.

Back in 1632 The Guildhall became established as a library (the third oldest library in England). Leicester’s first police force had its station here from 1836 and the police cells still exist today. As you can imagine, it has a few stories to tell!

Organisers say that previous ghost hunts have proved the building to be not only fascinating historically to visit but also with very  some strange paranormal activity.

On the night you’ll enjoy access all areas to The Guildhall, a night packed full of ghost hunting using different techniques from traditional methods through to high end equipment vigils and full use of all the latest paranormal equipment For the brave, you can also enjoy a lock down in the cell! There’ll be complimentary tea, coffee, hot chocolate and soft drinks as well as complimentary light snacks.

The event runs from 9pm – 2am and tickets are priced at £50. Buy online from Haunted Evenings. 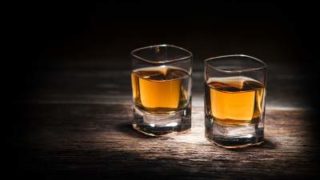