Leicester’s footballing legends reunited this week for the launch of a new football pitch funded by Walkers Crisps. Gary Lineker was back in town to launch the pitch alongside Leicester City legends, Emile Heskey and Steve Walsh.

Walkers has funded the creation of the brand-new football pitch on home Leicester turf. The five a side pitch, which is located at New Parks Team Hub in Leicester, has been donated to provide a space for local residents to play the nation’s favourite sport. 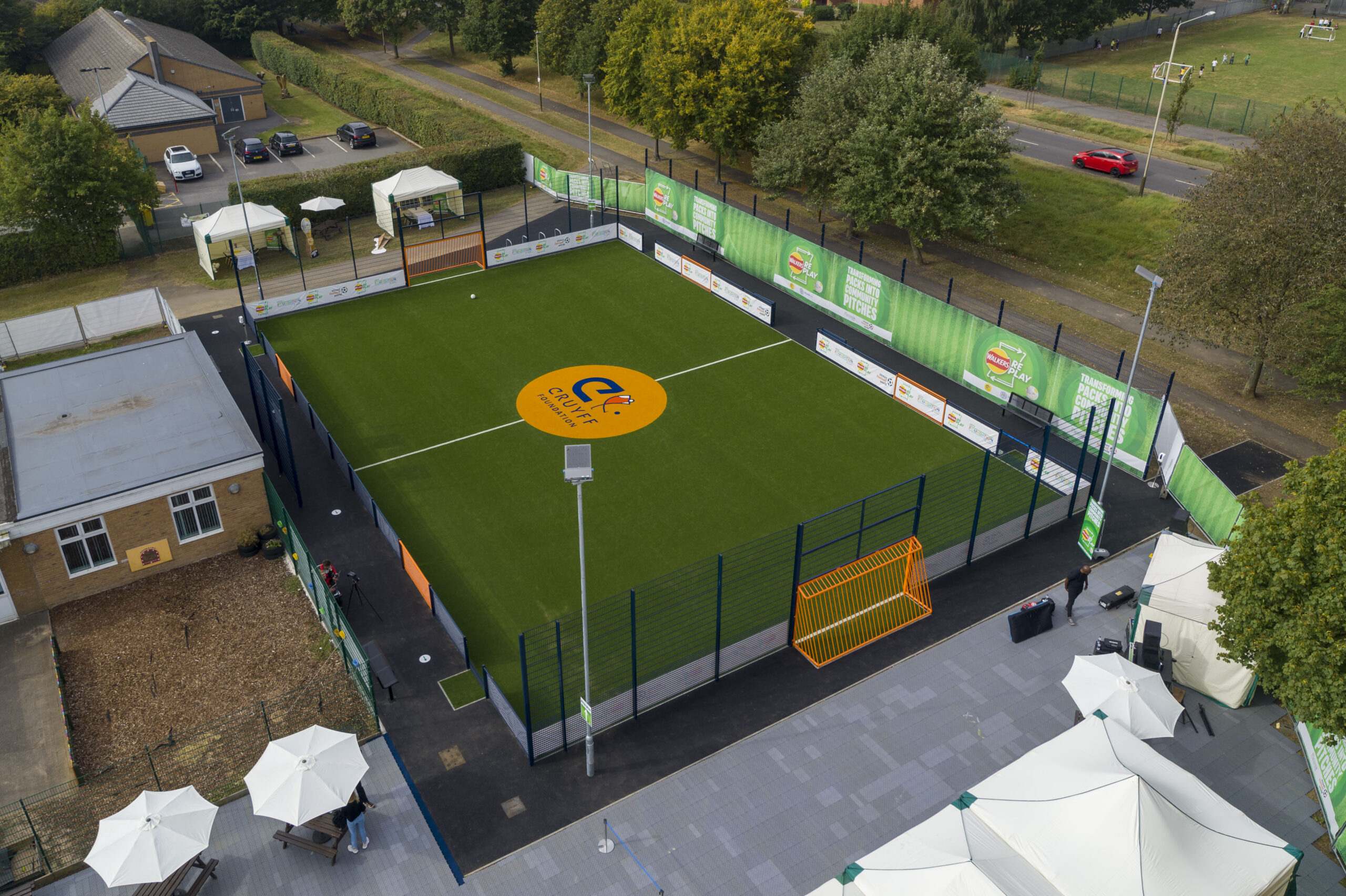 The pitch is also the first-of-its-kind in the UK, made from empty crisp packets. It is one of five PepsiCo is funding globally as part of the ‘RePlay’ initiative. It’s built from empty crisp packets collected from recycling partnerships, which have been used to create the underlying layer beneath the turf of the pitch, giving them a second life. Beyond the turf, PepsiCo has committed to a net zero carbon footprint for its Lay’s and Walkers pitches, identifying a central reforestation offsetting project for 2021.

The pitch will also act as a community hub for residents and will drive positive change with the introduction of a year’s worth of educational sports programmes, mental health workshops, employability interventions and football fitness sessions, also funded by Walkers. Additional funding has also been provided locally by The Vichai Srivaddhanaprabha Foundation, as well as support from Leicester City Council who have been integral partners in providing the land for the pitch. 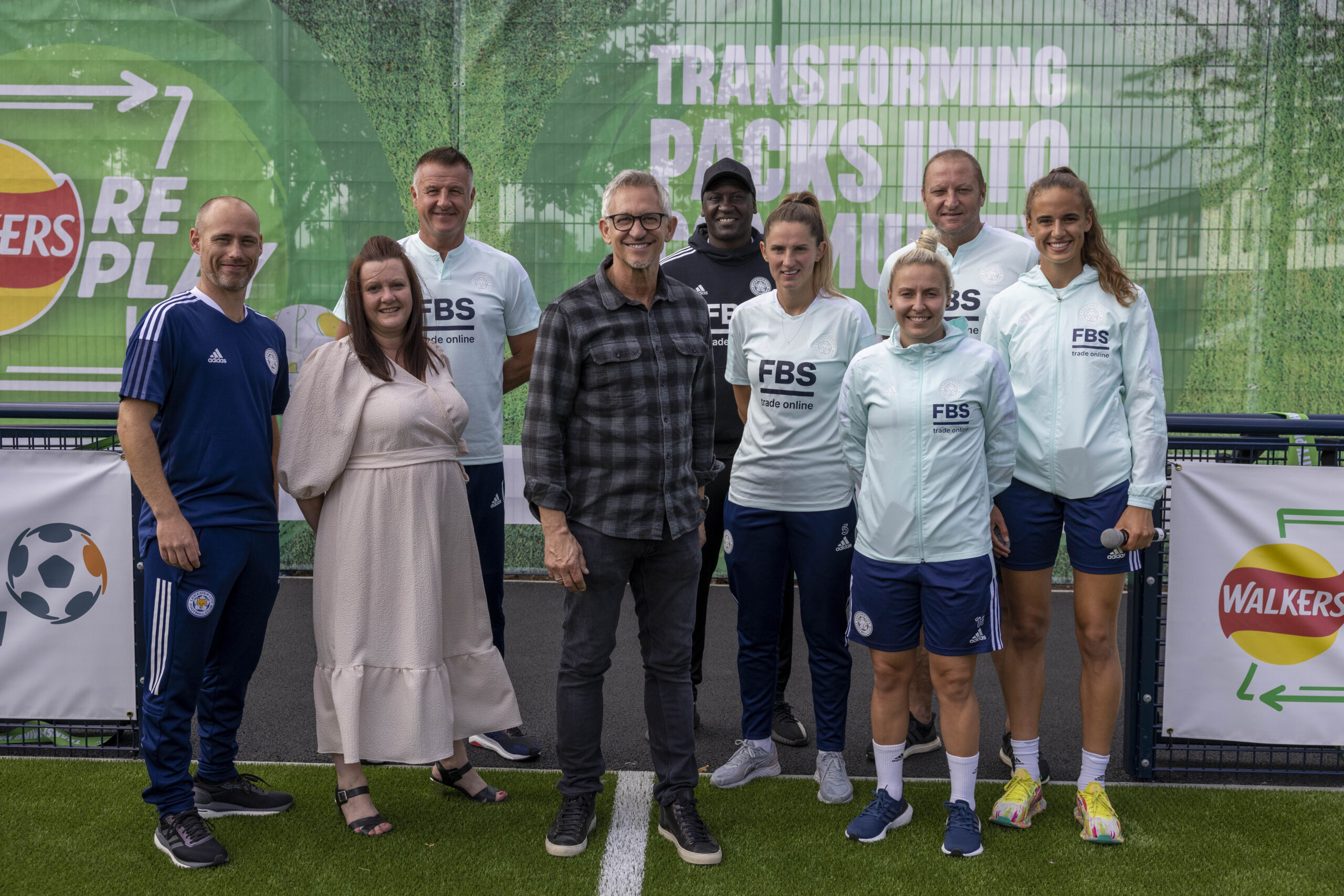 The initiative, coined Walkers RePlay, has been created in partnership with UEFA Foundation for children and streetfootballworld, and locally with the Cruyff Foundation, Leicester City in the Community and Team Hub CIC. The programmes will provide a breadth of opportunities to engage the whole community and will aim to educate young adults locally on the importance of respect, fairness collaboration and inclusion in wider society. 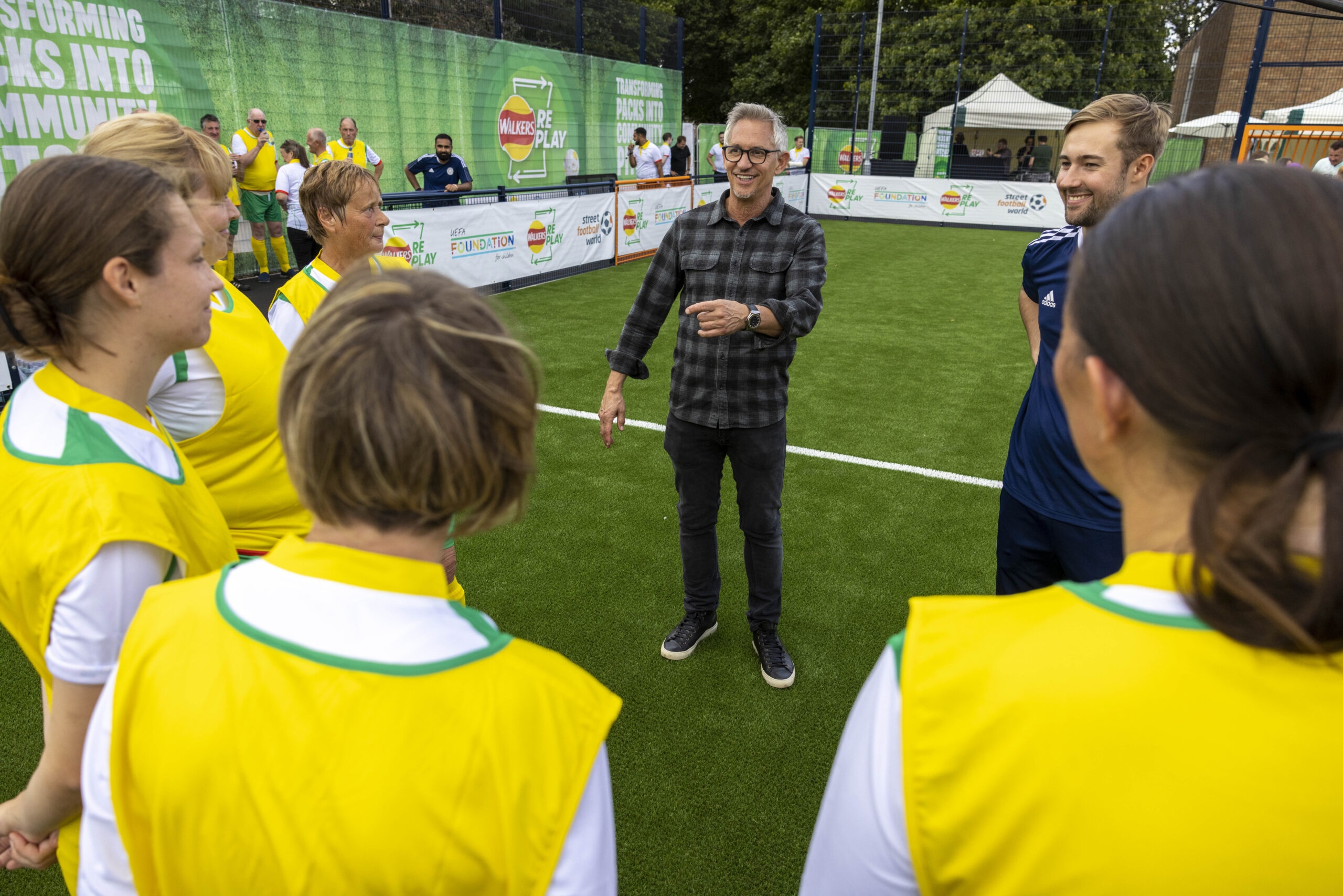 For more information on the Walkers RePlay initiative and how to get involved in Leicester you can contact Matt Bray, Health and Wellbeing Manager at Leicester City in the Community: [email protected], as well as @Walkers_crisps on Facebook, Instagram or Twitter, or follow #WalkersRePlay. 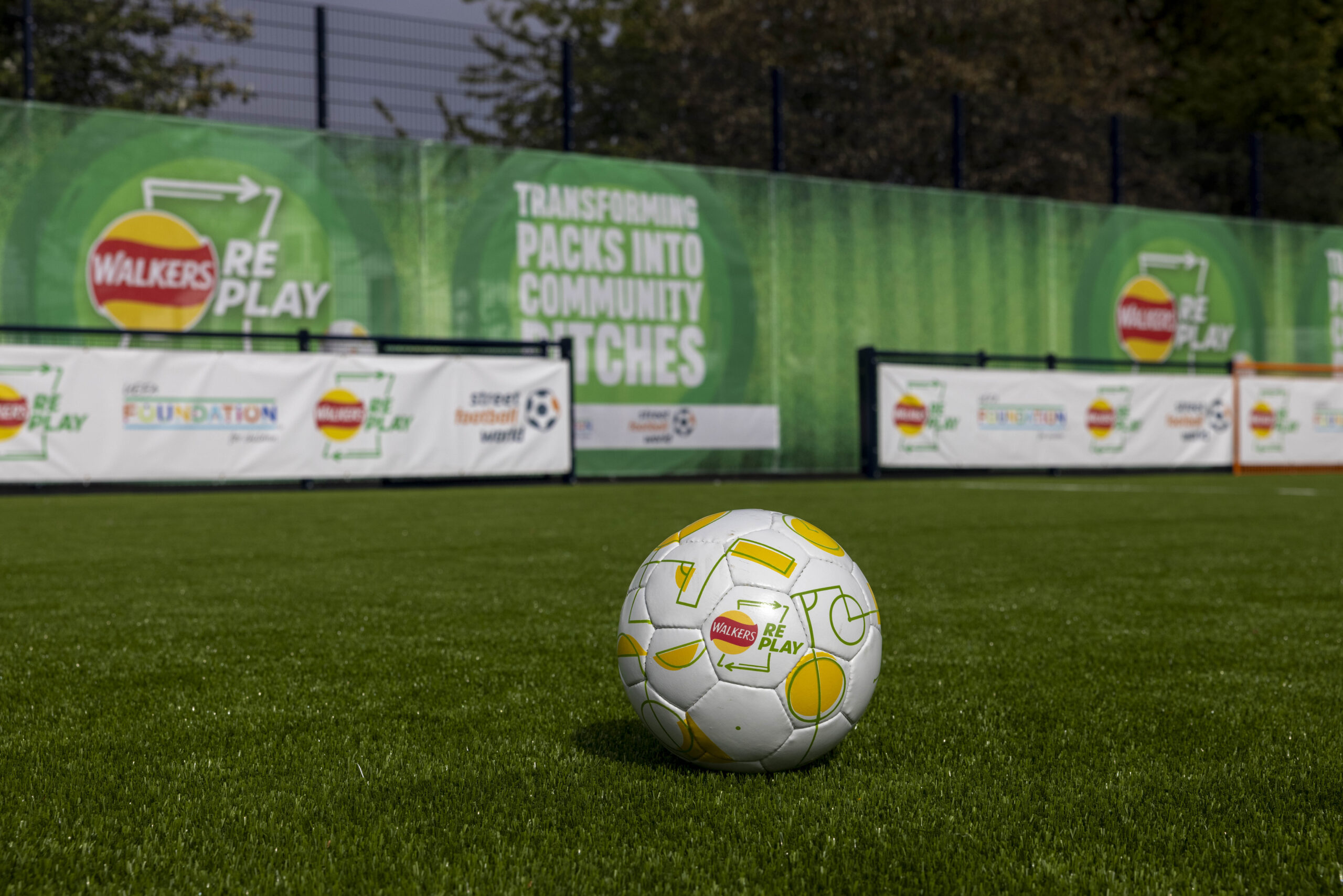