Leicester’s Handmade Festival is kicking off in style with Frank Turner bringing his new tour to Leicester. He will be at the O2 Academy on Friday 4 May as part of his new tour and doubling up as Handmade’s launch event.

The tour is in support of Frank’s new album, Be More Kind, which will be released on May 4th. The new album comes a few months after the release of Songbook, a career-spanning retrospective which also saw reworked versions of tracks from across the past decade. Be More Kind represents a thematic and sonic line in the sand for 36-year-old Frank. It’s a record that combines universal anthems with raw emotion and the political and the personal, with the intricate folk and punk roar trademarks of Turner’s sound imbued with new, bold experimental shades.

The first track from the album, ‘1933’, is also available now on Spotify to give a flavour of the new album and is a clattering, state-of-the-nation anthem. Catch the video below!

Frank Turner’s show on Friday 4 May will be the beginning of a fantastic weekend of live music in Leicester as Handmade Festival once again takes over the O2 Academy. Acts announced so far include headliners Drenge and Circa Waves, as well as Spector, Little Comets, Future of the Left, Idles, The Big Moon, Dinosaur Pile Up and so many more!

Tickets for Handmade Festival are on sale now from www.handmadefestival.co.uk. Tickets for Frank Turner’s show go on sale on Friday 2 February from the same website. O2 customers can get advance tickets from Wednesday and you can also secure advance tickets by pre-ordering Frank’s new album from his website. 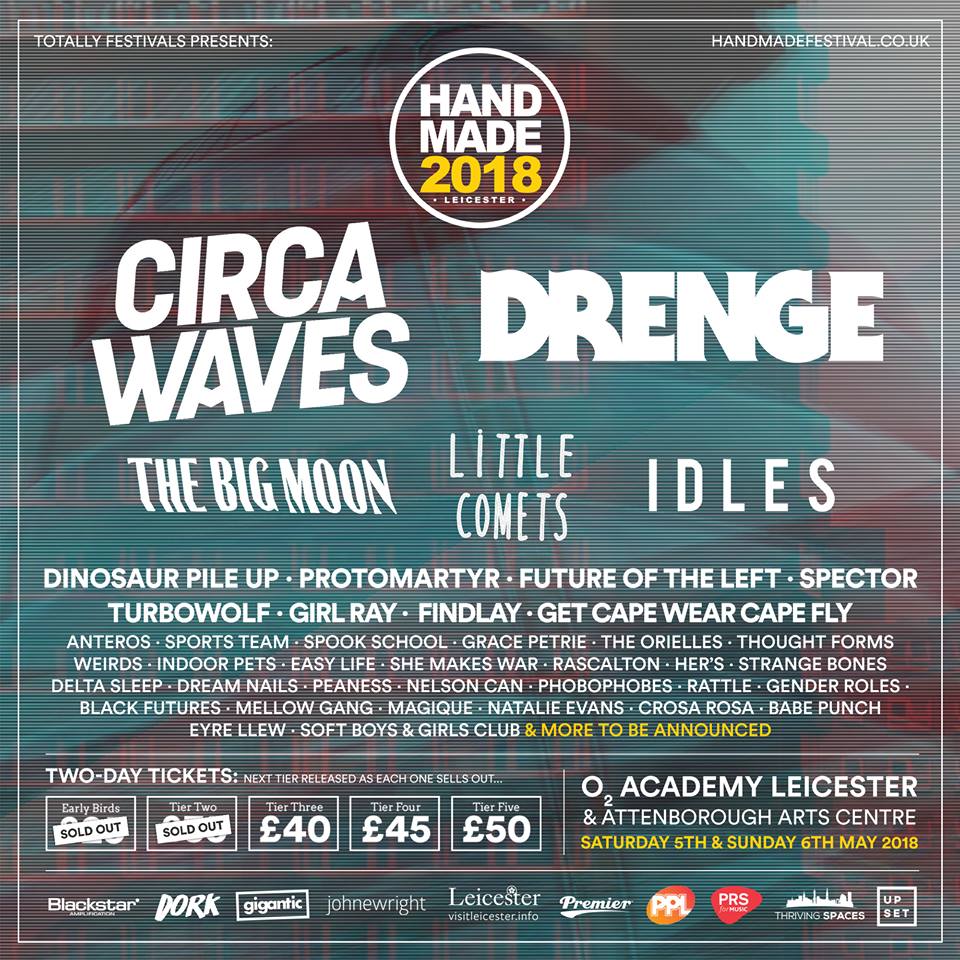