Canteen is the foodie gift that keeps on giving and this month they’ve really pulled something special out the bag as the newly crowned winners of the European Street Food Awards, Baked in Brick, will be here in Leicester on Friday 27 October.

Baked in Brick, who hail from Birmingham, headed to the European finals in Berlin, where they won not one but two awards – the coveted Best of the Best title as well as Best Main Dish at the competition held at Berlin’s Bite Club.

Baked in Brick is most famous for their 24-hour marinated chicken which is cooked over charcoal under the bonnet of a converted 1964 Mini Cooper. The chicken is then served up in a flatbread which has been cooked in the wood-fired oven. Alongside this they also serve thin crust pizzas, calzone and more. 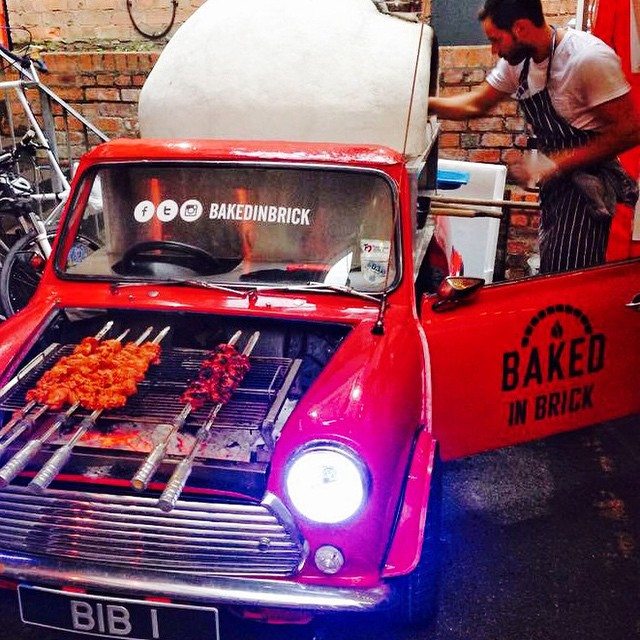 We caught up with the man behind Baked in Brick, Lee Desanges, to find out more!

How did you come up with concept for Baked in Brick?
I built a wood fired oven in my garden about 6 years ago, after many pizza parties with friends and neighbors I took the leap into street food.

What’s your favorite item on your menu?
It’s got to be my Shire Meadows beef shin ragu and wild mushroom calzone with a Colston Bassett blue stilton dip, so lovely and all the different flavors really work well together.

What’s been the highlight of your street food life with Baked in Brick so far?
It’s got to be winning the British and European Street food awards, its great to know all the hard work I put in is recognized. 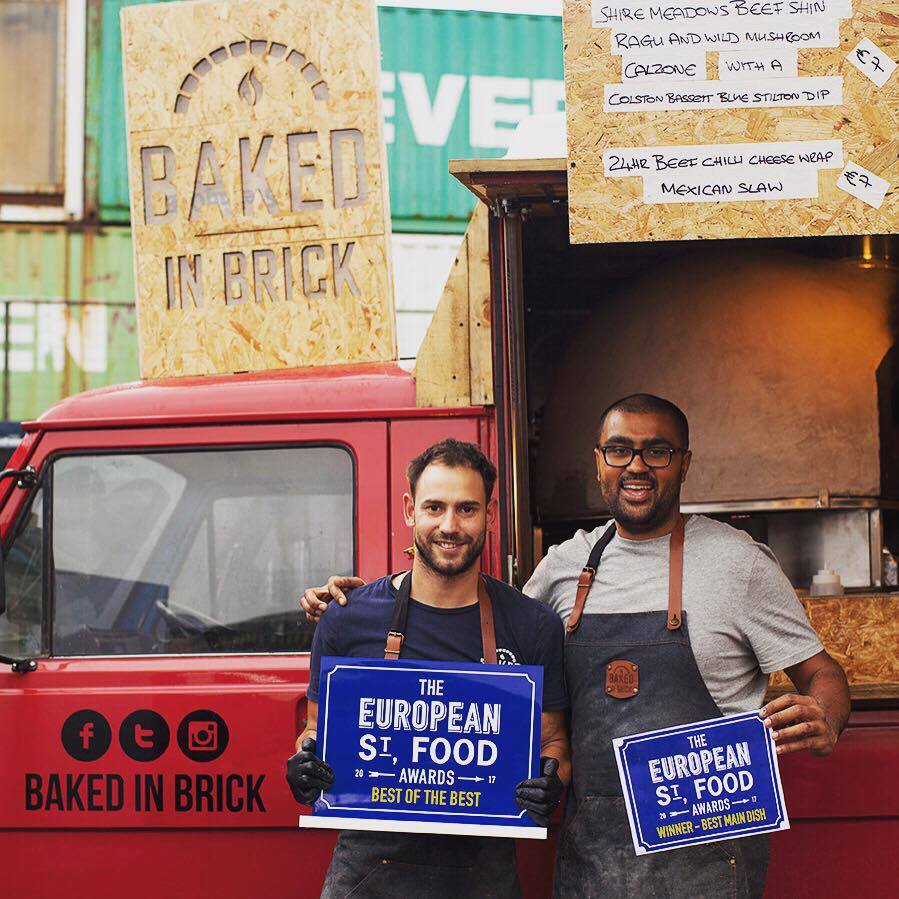 What do the next 12 months hold for Baked in Brick?
I am going to just keep creating some amazing street food with the view of opening a ‘Baked In Brick’ restaurant sometime soon.

Who are some of your other street food traders?
I think one that is always at the front of all other traders is Buddah Belly. Sai and her team really understand what street food is about, tasty food that packs a punch leaving a lasting memory after you have eaten it.

What did you think of the UK street food scene at the moment?
I think street food in the UK is going from strength to strength, the options are vast, normal people who love cooking can experiment and create something special for us all to enjoy.

If you weren’t doing Baked in Brick where would you be?
If I wasn’t doing Baked In Brick I would love to be traveling around the world reporting on all the great street food that is out there.

What sets Baked in Brick apart from other street food traders?
We always keep to our core values, amazing tasty food, we don’t scrimp on quality we only use the best ingredients, we strive to serve the best food on the side of the street.

Make sure you don’t miss Baked in Brick at Canteen, which is taking place at LCB Depot on Friday 27 October from 5pm – 10pm. Check back soon on Cool As Leicester for the rest of this month’s trader news and menus.