Don’t miss THE Kasabian afterparty at This Feeling 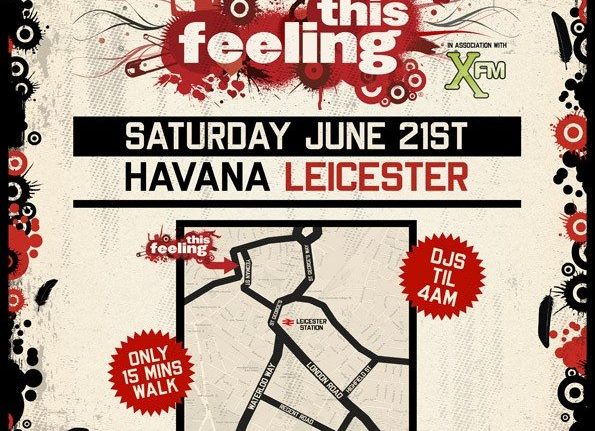 This Feeling, where KASABIAN have been revellers for the last eight years, is the place to be after the band’s 10th year anniversary show at Victoria Park. The band kicked off the very first This Feeling with a DJ set after their Electric Proms show and loved it so much they’re always propping up the bar when in London.

Coinciding with the hugely-anticipated release of Kasabian’s massive 5th album, ’48:13′, the homecoming couldn’t get any bigger. Anyone who was at This Feeling after the lads headline slot at Hard Rock Calling, London knows what to expect…a massive end to a massive night! Peter Crouch, Miles Kane, Abby Clancey, Anna Friel, Leighton Baines all descended upon This Feeling.

Get yourself down to Havana in Leicester after the gig on Saturday June 21st, just a fifteen-minute walk from Victoria Park, for This Feeling – Tom and Serge’s favourite club night playing rock n roll indie anthems till 4am…