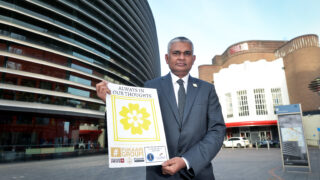 Following the success of last year’s inaugural event, Leicester is set to welcome Design Season 2 (DS2) this October, as the city once again celebrates the success and growth of its design community.

DS1, curated by LCB Depot, was a great success in bringing the design community together and showcasing the talent we have within the city. Now as it returns, DS2 will see the eyes of the city and beyond reflect on the developments in the design sector across architecture, urban regeneration, illustration, designers & makers and new technologies with a month-long series of events.

The success of Leicestershire’s design talent is not only evident across the city but also further afield. From Leicester born businesses expanding across the UK to the city’s design community undertaking projects across the world, it’s one of Leicester’s most exciting sectors. The city and county are packed full of hidden gems, in terms of both individuals and also their creative output, which will be brought into the limelight during the season.

Building on last year’s foundations, there will be another focus on architecture as the LRSA once again curate a series of events alongside Love Architecture and other partners. The ever-popular LOOP exhibition will also return to showcase local, national and international artists, following the huge popularity of the event as it launched DS1 last year. These events will form part of a wider programme including industry talks, seminars and workshops, as well as city trails and other interactive experiences for both the industry and wider community. 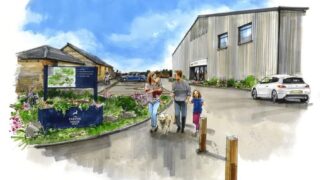 The University of Leicester partners on annual public Roman digs