Set to be a treat for comedy fans, star of The Inbetweeners, Joe Thomas, leads the cast in the new production of What’s In A Name?, which is on at Curve this month, from Monday 16 – Saturday 21 March 2020.

We caught up with Joe during rehearsals for a quick interview, which you can watch below.

So what to expect from the play? 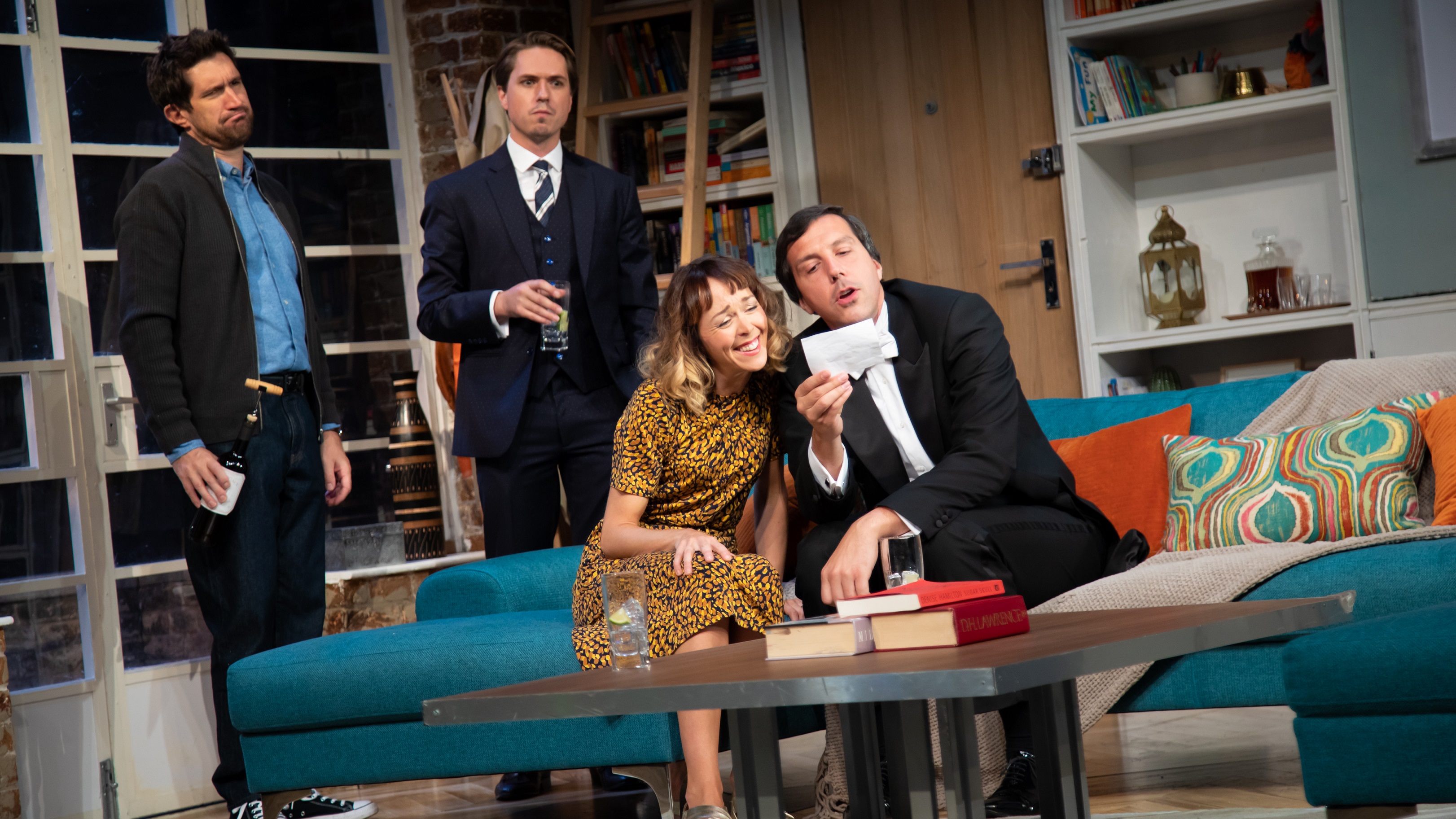 Father-to-be Vincent and his partner Anna are invited to dinner by his sister Elizabeth and her husband, Peter. They are joined by childhood friend Carl for a mature and sophisticated gathering.

The meal is lovingly prepared, and wine carefully selected. The friends are prepared for the usual humorous exchanges they’ve come to expect.

But tonight, a startling revelation about the name chosen for Vincent’s and Anna’s expected child becomes the catalyst for a destructive argument which spirals hysterically out of control. Tonight no one is holding back! Egos, childish resentment and unspoken feelings are relentlessly and hilariously exposed for the first time.

Tickets to What’s In A Name? are on sale now via the Curve website.