Biggest hometown show yet for Mahalia 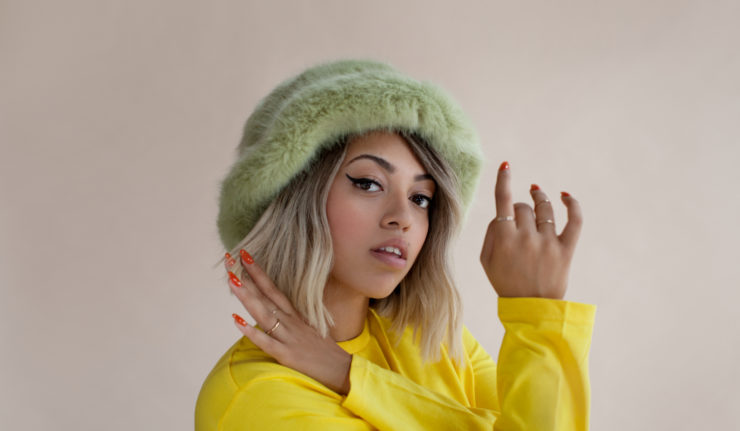 Leicestershire songstress Mahalia is set to play her biggest hometown show to date with a show at Dryden Street Social on Saturday 17 March. Her new single, “Proud of Me”, featuring talented London rapper, Little Simz, has also just been premiered by I-D.

At 12 years old – the age most of us are aimlessly riding bikes or trying to avoid homework – Mahalia was picking up a guitar and penning love songs. With her entrancing, soulful tones, wise yet relatable wordplay and intuitive sense of melody, it quickly became clear that she had a natural sense of musicality, and that she’d be doing this for the rest of her life. Now 19, Mahalia is ready to fully unleash what she’s been brewing for so many years into the world. In the time since she first picked up that guitar, she’s dropped a scattering of releases – from 2012’s indie – flecked acoustic dream

Her last track, “Hold On” was produced by Nana Rogues (Drake) and Jay Prince, as a perfect example of the truly relatable song writing that Mahalia has become so well known for.  The track; a rich slice of R&B and Pop-flecked jam, sprinkled with originality and pushed into the present day is quintessentially Mahalia – encompassing the classic sounds of the past while refusing to be hemmed in by one particular genre.

Following this, “Proud of Me”, was produced by Maths Times Joy, who was behind her stand-out debut single, “Sober”. Again, the song is a perfect example of her trademark open-hearted lyricism. A rich mixture of Soul, R&B and hip-hop, the track reboots those classical genres for 2018 with Mahalia’s silky vocal holding it all together.

Last year was a big one for Mahalia, releasing her debut single “Sober” back in July, which to date has amassed over 2 million streams. This year also saw her grace the Berlin online platform COLOR ’s last month, where her performance of “Sober” accumulated over 250k views in just five days. She subsequently sold – out her first London show and will be back in Leicester for a hometown show on Saturday 17 March.

Tickets for Mahalia’s show at Dryden Street Social are selling fast and the last remaining tickets are available from See Tickets.