Leicester is set to go space mad as One Giant Leap takes over the city from 11 – 20 October, with a series of space-themed events to entertain both children and adults alike. From the return of the Museum of the Moon to a trail of LEGO® models across the city, there’s plenty to get you out exploring over half term.

So what’s it all about? The special event programme has been designed to commemorate the 50th anniversary of the moon landing – and starts during World Space Week!

Do you have LEGO® mad youngster, or fancy getting a little nostalgic? One highlight of the programme is the BRICKLIVE® Outer Space Trail, which will bring 15 amazing models containing LEGO® bricks to venues around the city centre. Not just any LEGO® models, these will show reconstructions of the rockets that took us to the moon and stand side-by-side with famous astronauts. Plus the tallest model (of the SLS Mars Rocket) stands at a whopping 314cm tall and contains over 48,000 bricks! 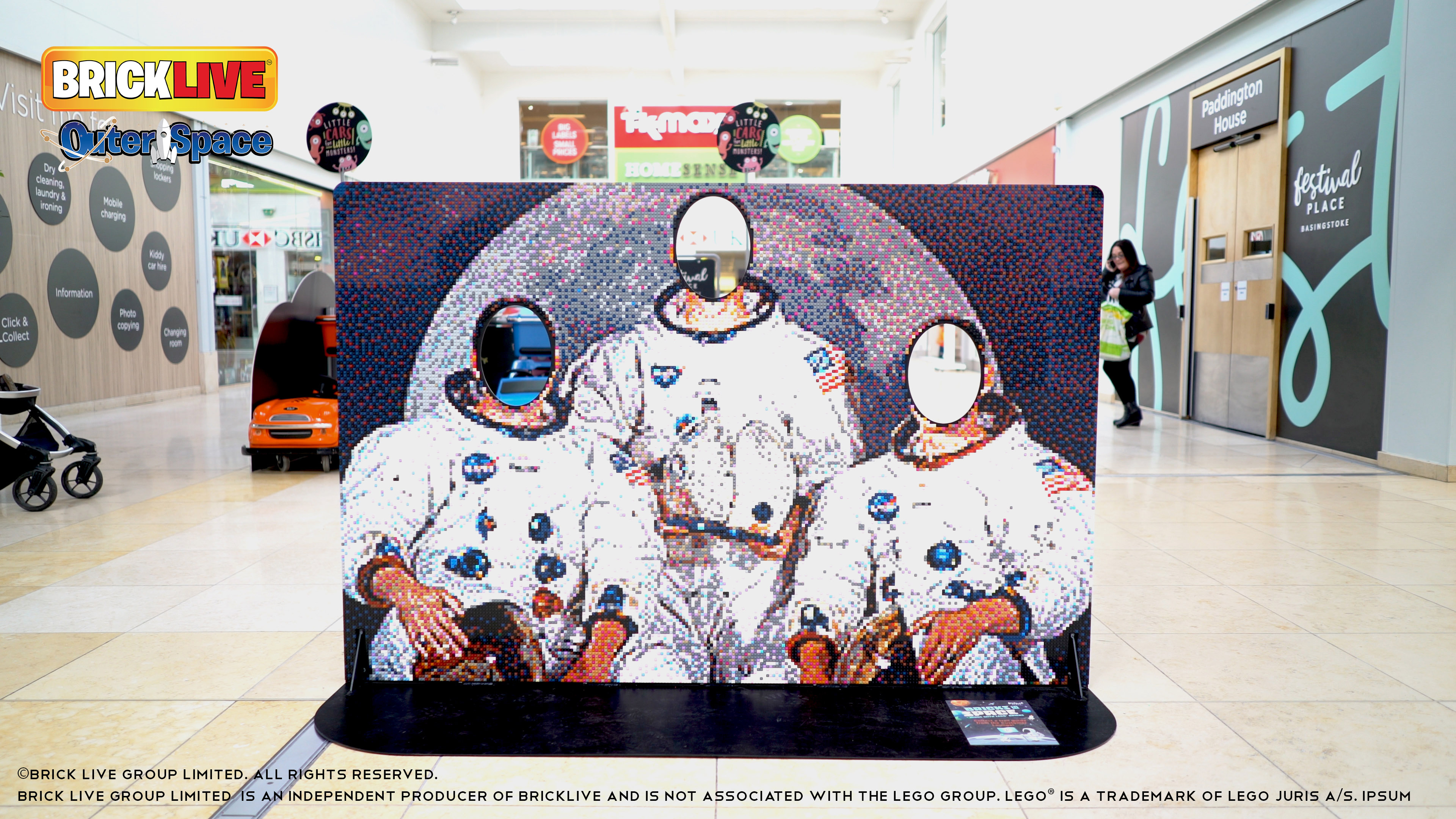 The models will make up a trail around the city which can be followed using the LoyalFree app. Each model also has its own unique QR code which can be scanned and gives the chance to win one of a selection of prizes – the more QR codes scanned, the more chances to win!

The BRICKLIVE® Outer Space models will be located throughout the city and you can find them at:

So you’ve found all of the LEGO® models, what else is on?

If you missed it last time, Luke Jerram’s stunning ‘Museum of the Moon’ installation is retuning to Leicester Cathedral. Measuring a huge seven metres in diameter, the internally-lit moon sculpture features detailed NASA imagery of the lunar surface. The Cathedral will be hosting a series of special evening events to celebrate, which even include silent discos by moonlight, for both children and adults (Wednesday 16 and Thursday 17 October) and a wine tasting session in partnership with Veeno (Tuesday 15 October). 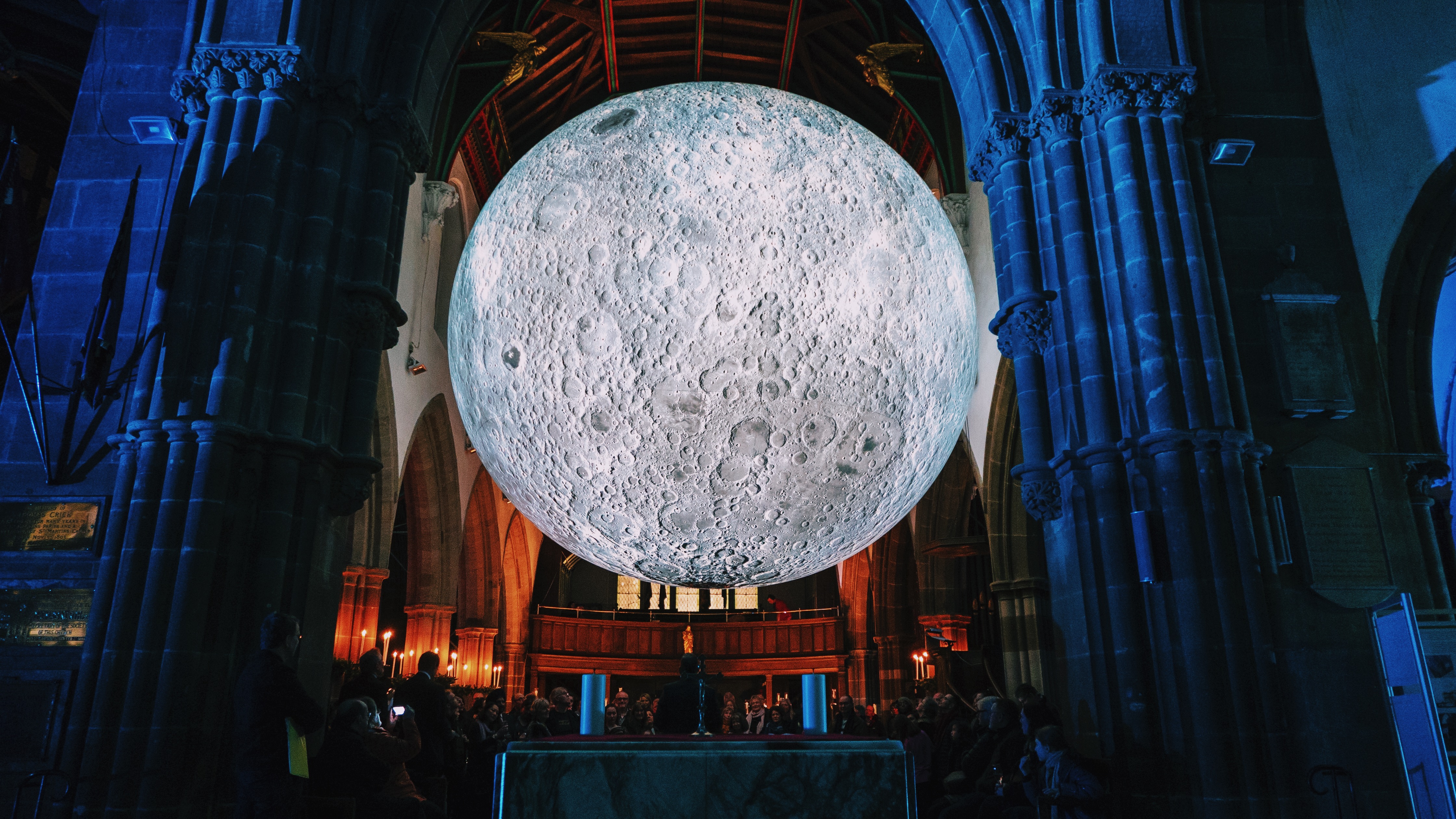 If you’re out and about in town then be sure to keep an eye out for the retro computer games, which will be available to play on public screens around the city centre. Connect your phone to the game and see if you can beat the top score!

The programme will then finish with the breathtaking outdoor spectacle, Overview Effect on 18 and 19 October in New Market Square. Designed by arts and heritage organisation Metro Boulot Dodo, Overview Effect celebrates the achievement of the 1969 moon landing through a psychedelic and atmospheric projection show, set to a stunning original soundtrack. It’s free to attend and will be very special to see! 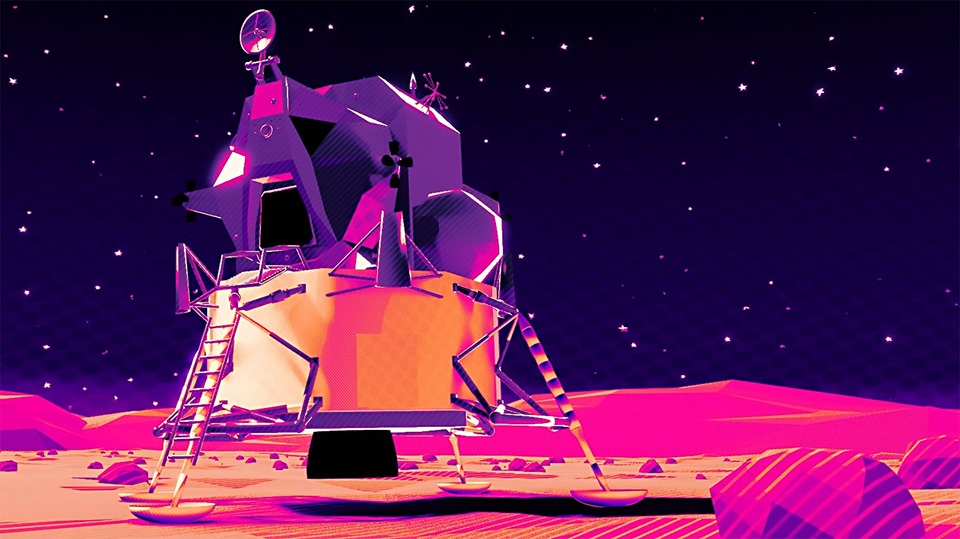 BID Leicester are a main sponsor of One Giant Leap and Director, Simon Jenner, said: “It is great for BID Leicester to be able to work with partners across the city to put on such an ambitious programme with something for everyone to enjoy. The variety and scale of the events will no doubt attract visitors to the city over the October half term holidays and encourage them to move around the city centre to discover these exciting installations, models, games and shows in different locations.”