Have you managed to check out Art-AI Festival yet? Throughout the summer Art-AI Festival will continue to bring Leicester to life through a series of interactive city centre installations.

If you’re looking for ways to get out and about with the family during the holidays make sure you take on the Hello Lamp Post trail, where you can ask questions to some of Leicester’s most famous landmarks. What would you ask the King Richard II statue? Or perhaps you fancy posing a question to the War Memorial?

Don’t forget if you scan in at each statue through the LoyalFree app there’s also a monthly prize draw to win a Leicester Gift Card courtesy of BID Leicester. 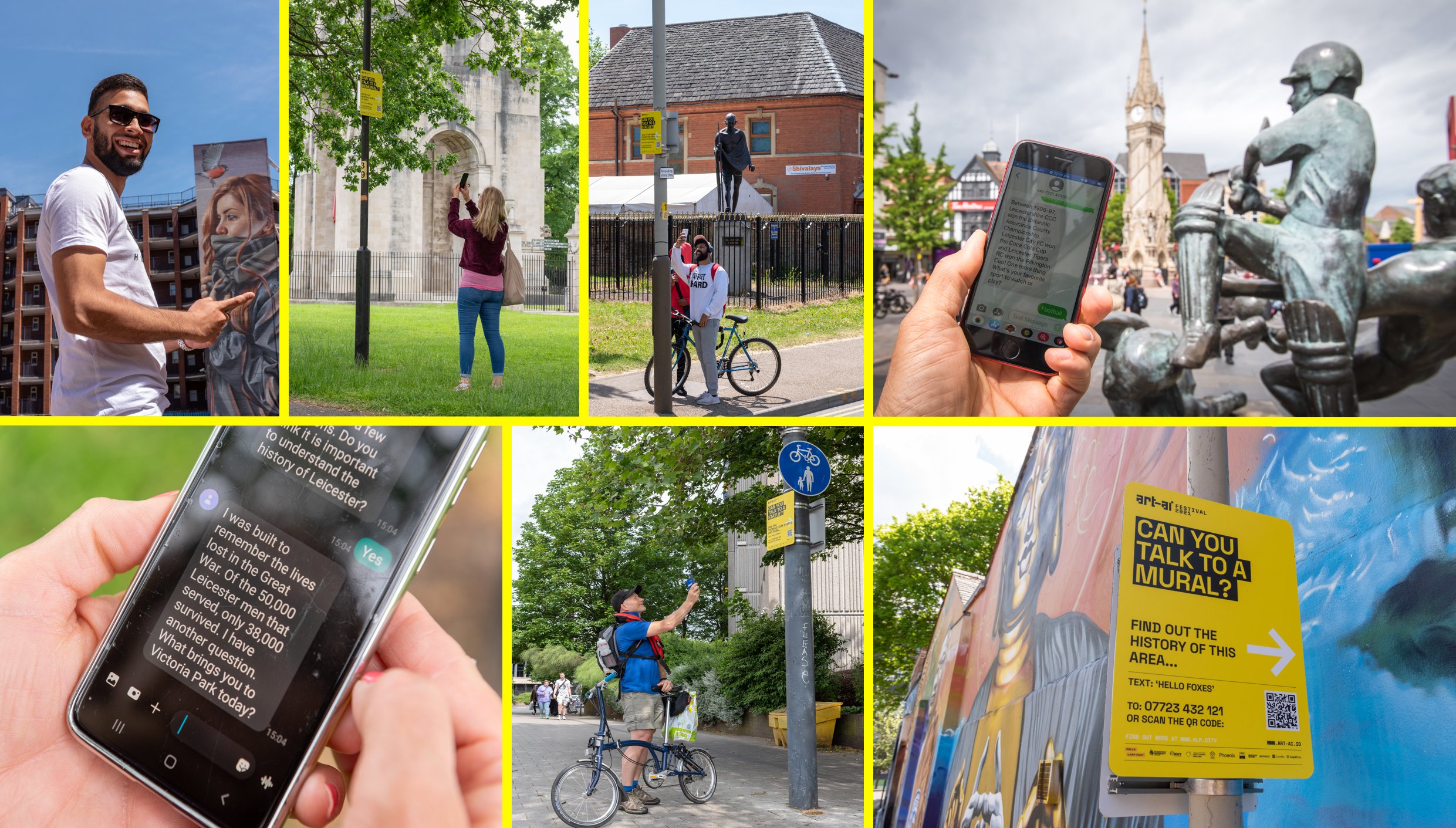 For anyone out in the city during August don’t miss Hexells by Alex Mordvintsev. You can visit this interactive display in LCB Depot during the daytime and also outside in Green Dragon Square from 8.30pm.

With this installation you can use your phone to scan the QR code and then choose how you’d like to interact with Hexells, either through sound or through touch. Through your voice or touchscreen on your phone you’ll then be able to take control of Hexells for 10 seconds. The concept of Hexells is that artificial intelligence has been used to generate patterns through interaction with their neighbours, in a way similar to how living organisms build and maintain their bodies. 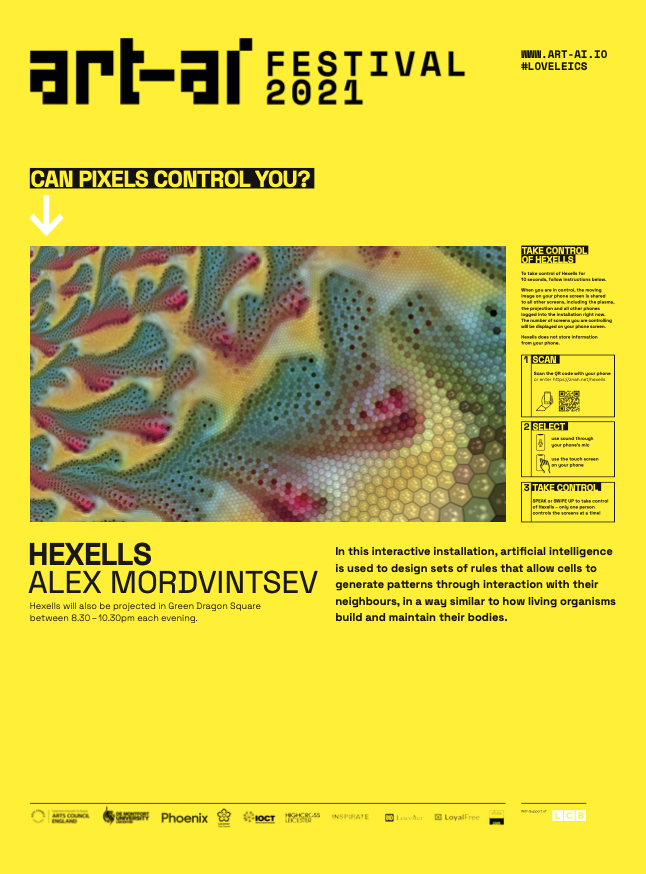 Due to popular demand, Art AI Festival has also extended the run of Harshit Agrawal’s Masked Reality in Haymarket Shopping Centre. In this installation artificial intelligence is used to merge your face with a Kerala folk dance-inspired Indian Mask, creating a ‘masked reality’. See what it’s like to change your identity and explore the idea of faces and traditions.

When visiting the installation at the Haymarket Shopping Centre, you will see yourself transformed into faces inspired from dance rituals of southern India in real-time, in both male and female form, inspired by traditional mask cultures.

Art-AI Festival Director, Tracy Harwood, commented, “It’s fantastic to see the city centre back open and to have people out exploring the interactive elements of Art-AI Festival. Hello Lamp Post is such a brilliant family activity and installations such as Hexells and Masked Reality are unique opportunities to see AI used in artistic settings. It’s a pleasure to be able to host them in Leicester.” 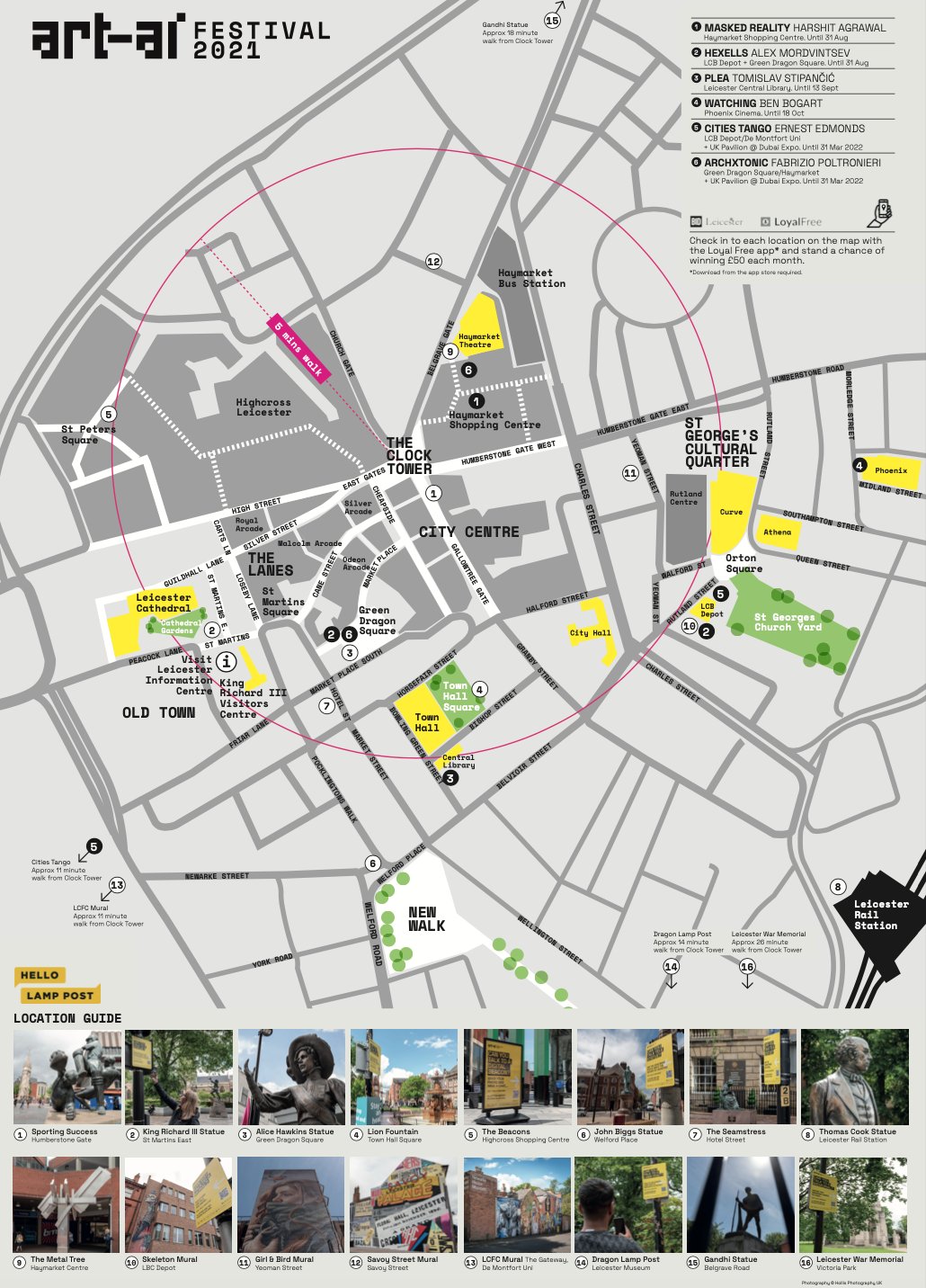 For full information on the festival and to download a full copy of the festival map you can visit www.art-ai.io.

Art AI Festival is a partnership between the Institute of Creative Technologies at De Montfort University, Phoenix, Leicester City Council, Highcross and independent creative AI curator Luba Elliott with additional support from Arts Council England, and this year runs over an extended period from May to October.