Another Dose Of Heartbreak 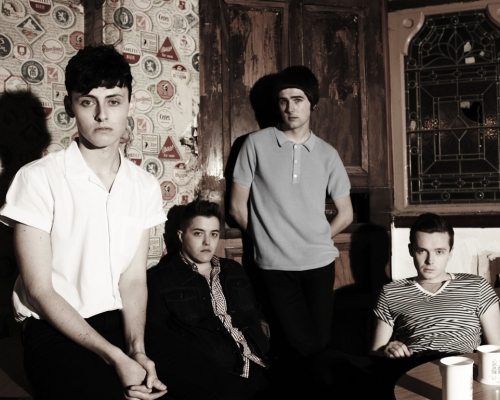 Many would argue that the music scene in Leicester has never been better and looking through the upcoming listings we’d be inclined to agree. The one gig in particular that caught our eye is Morcambe’s finest, The Heartbreaks, who are playing at The Soundhouse on Friday 3rd June.

These Lancashire indie lads have just been announced to support Morrissey on his summer tour, which only underlines their musical pedigree. Having toured extensively with Carl Barat, played the NME Awards Tour, HMV’s Next Big Thing and a plethora of other showcase gigs, it’s clear that these boys are taking the music biz by storm.

They’ve been compared to the likes of The Smiths and Suede, with NME stating that “The four-piece have, through romanticism, boredom and fun, gone about making elegant British seven-inch pop, a machete-cut ahead of the pack“.

Support on the night comes from Leicester’s ever-excellent Us Wolves. Tickets for the gig are only £6 and you can get yours from HERE.

Need even more convincing? Why not check out the video for last year’s single I Didn’t Think It Would Hurt To Think Of You.