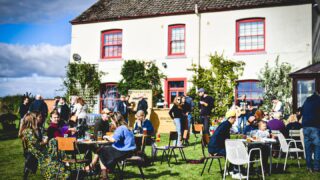 An evening with James Yorkston and Friends 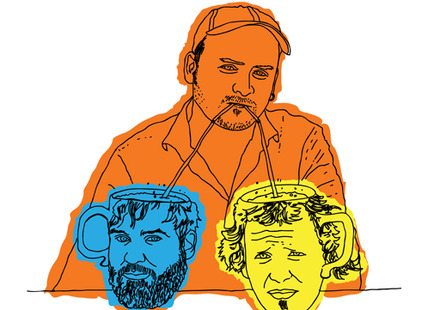 Three leading lights of Scotland’s Fence Collective are going on tour and they’re coming to The Cookie Jar on Sunday 14th April! Don’t miss out on this special evening as James Yorkston, The Pictish Trail and Seamus Fogarty collaborate together on stage, sharing songs, a laugh and some blether.

JAMES YORKSTON is signed to Domino Records and has already reached dizzy heights with his Rough Trade Album of the Year and 5 star album reviews across the board.  On speaking about Yorkston Philip Selway of Radiohead was led to say “For me, listening to James Yorkston’s music is like coming across the interesting-looking person on the fringes of a party.  Before you know it, you’ve spent the evening listening to their compelling tale.  In this record, I get a real sense that he has found his true voice.  There’s a quiet confidence in his craft; his singing, the words and instrumentation, all blend seamlessly to produce a really affecting record.”

THE PICTISH TRAIL: This is the nom de plume of singer-songwriter Johnny Lynch, who – alongside Kenny Anderson (aka King Creosote) – runs Fence Records.  His music is a sonorous mixture of acoustic-driven balladry and lo-fi synthesised pop, that has been described as “a post-summer trove of sun-warped electro, anamorphic folk” (Plan B Magazine).

PT has recorded various albums, mini-albums, EPs and singles of his own material for the Fence label – working with a number of artists such as King Creosote, James Yorkston, KT Tunstall,  The Red Well and The Earlies along the way, amongst others.   His debut full-length album, Secret Soundz Vol.1, was released to glowing reviews: “Glorious” ****MOJO, “Compulsory listening” ****The Observer, and “Limitless imagination” NME.

SEAMUS FOGARTY:  Hails from the west of Ireland and writes songs about mountains that steal t-shirts, women who look like dinosaurs and various other unfortunate incidents.

Born and raised four miles from the small town of Swinford, in County Mayo, he came to the attention of Fence after supporting James Yorkston (Domino/Fence Records) at a show in Kilkenny.  An invitation to the Collective’s annual Home Game festival in Anstruther, Fife, soon followed – with Seamus performing in front of about five people at a secret pub show.  A quiet, somewhat unassuming fellow, his show had a ramshackle air, and he was obviously no stranger to the accompaniment of a bar room brawl (which, incidentally, was going on in the back).  King Creosote was one of those in attendance, and was immediately hooked (nearly left-hooked).

Support will also come from Leicester lovelies The Junipers!

Tickets for this very special show are priced at £14 and are available in advance from HERE.

The gig is at The Cookie Jar on High Street on Sunday 14th April, doors 7pm. 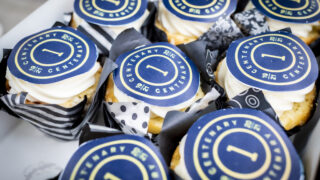 Celebrate with the University of Leicester at the Changemakers Festival