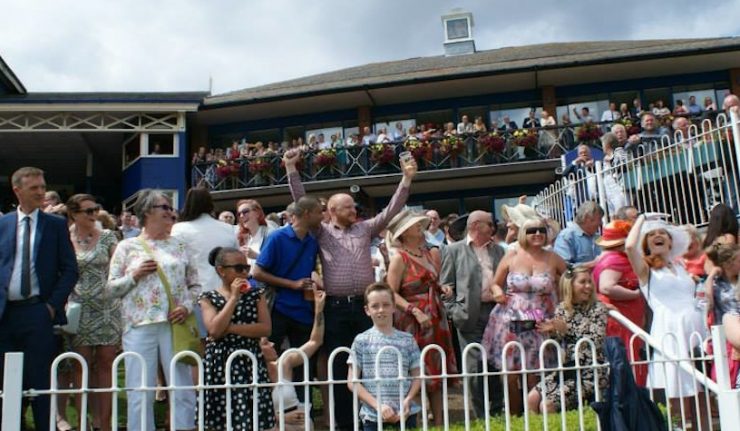 One of our favourite events of the summer in Leicester, Ladies Day at Leicester Racecourse is getting even bigger with the announcement of two more stars joining All Saints and Mark Wright on stage on the day.  80s star Jaki Graham and 2016 chart star Karen Harding will also be taking to the stage at the event on Saturday 8 July with tickets on sale now.

Jaki Graham was the biggest selling black British female solo artist of the 80’s with hits including ‘Could It Be I’m Falling in Love’, ‘Round and Around’, ‘Set Me Free’, ‘Breaking Away’ and many more. Opening the doors for many female artists in the UK, Jaki even achieved a No.1 in the US Billboard Dance Charts for 5 weeks with her version of Chaka Khan’s ‘Ain’t Nobody’.  Her energetic live performances and outstanding vocals mean the crowd will be in for a real treat!

If that’s not enough, Karen Harding will also be there after having one hell of a year in 2016. Karen’s smash debut single ‘Say Something’ stormed into the Top 10, co-written and produced with Grammy-nominated MNEK and now certified gold with over 10 million video views. The 23 year-old Newcastle girl has been forging her own path with her stand-out style and sizeable vocal talents and 2017 looks to be a huge year.

In 2016 Ladies Day saw over 11,000 race goers pass through the gates and consume a whopping 1500 bottles of Prosecco, 1000 jugs of Pimms and 40,000 pints of lager poured. 2017 looks set to be even bigger with many hospitality packages having already sold out.

Set to be a sell out once again, don’t delay in grabbing your tickets and give yourself something to look forward to this summer! General admission tickets are priced at £30 with remaining hospitality and VIP packages also on sale. All tickets are on sale now from www.leicester-racecourse.co.uk.

If you’re looking for the perfect Valentine’s or Mother’s Day gift why not treat a loved one to a Ladies Day gift package including 2 tickets, 1 bottle of Prosecco, 2 chairs and fast track entry, priced at £99? You can purchase this gift package now from www.leicester-racecourse.co.uk.