It’s 23 years since the Spice Girls released Wannabe way back in 1996. Doesn’t seem that long ago does it? Now they’re starring in a brand new ad campaign from our local crisp heroes at Walkers. Don’t worry though, they haven’t replaced Gary Lineker just yet!

With Walkers searching for the biggest Spice Girl fan in the country it got us reminiscing about the 90s, the music, the movies, and oh god… the fashion. Just take a look at the Spice Girls though, Sporty Spice in her adidas poppers and Scary Spice in her leopard print and they managed to make it onto the front of a packet of Walkers like that.

So who were your 90s heroes? I always said that if I was to go on Mastermind my specialist subject would be Boybands of the 90s. There are the obvious ones for sure; Take That, Boyzone, Backstreet Boys, but what about those under the radar… Come on, who else remembers Northern Line? What about Bad Boys Inc? Guys… what about Let Loose?!

LFO, MN8… Who else out there knew that the little lad from My Town ended up being the lead singer of The Script? (Check them out in the video below!)

Then there was Point Break… you see Pj & Duncan weren’t the only ones to turn to singing after Byker Grove!

Luckily some of them are still knocking about! Five, 911, Damage and A1 have even joined up for a The Boys Are Back tour next year (it’s coming to Leicester, girls, don’t worry!)

The pop scene in the 90s was amazing. Live & Kicking, CD:UK, SMTV, Smash Hits magazine, Top of the Pops; you felt a real buzz of excitement getting to see glimpses of your favourites on TV or in a magazine. We couldn’t just Google them or watch them 24/7 on YouTube, like you can today. The posters from the magazines, Mark Owen with his dolphin tattoo pulled out the centre of Mizz magazine, or Dieter Brummer from Home and Away in Just 17.

I often wonder where some of the other members ended up! I mean, Five, A1, Damage and 911 may have reunited and hit the road again but what about the others?

I did Google Dan Corsi from Northern Line though and he’s now a DJ. Just incase you fancy dropping him a line on Twitter. 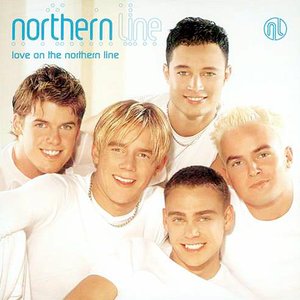 So Walkers… if your next ad campaign is looking for the biggest fan of any 90s boyband, I’m your girl! Until then, let’s all enjoy a little nostalgia with the Spice Girls!

Who else is off to see them on tour? See you at Wembley!

This post is part of a sponsored campaign by Walkers.