One of Leicester’s finest new pubs, the Knight & Garter, has announced the first exhibition to be held within the venue’s Gallery space.

Next weekend, on Friday 18 and Saturday 19 August, visitors can enjoy the works of Kirsteen Thomson, a Leicester based artist who will be displaying pieces depicting many of Leicestershire’s most famous landmarks and moments, from King Richard III to Kasabian at the King Power Stadium. 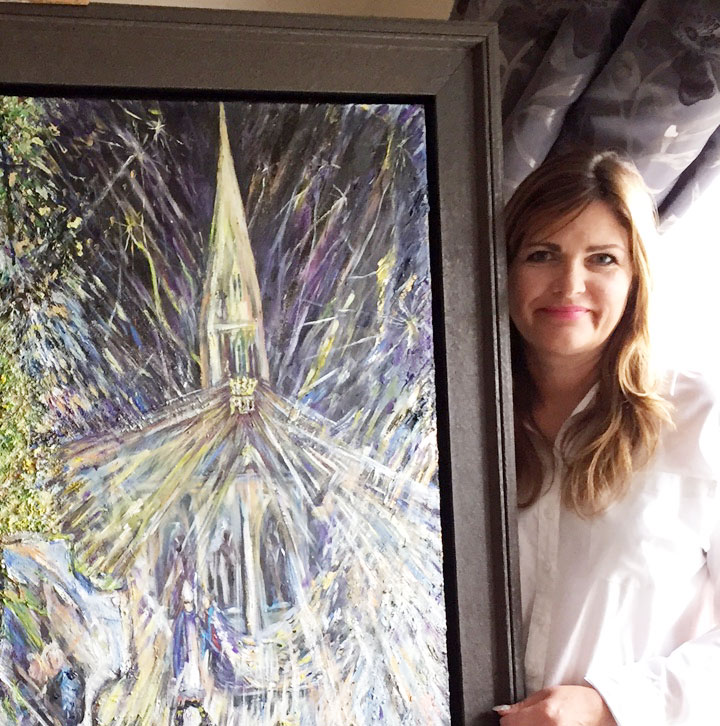 You might already have heard of Kirsteen thanks to her paintings related to the life and landmarks of King Richard III (she even released a book called Richard III His Story, published in 2016).

Among the pieces of artwork on display will be landmarks including Kirby Muxloe Castle, a wonderful depiction of Kasabian’s live shows at the King Power Stadium, a KRIII painting that will be moving to its permanent home in the Visitor Centre following this exhibition, and a print of Kirsteen’s fantastic Leicester City Premier League triumph inspired painting, the original of which was hand signed by member of the team and sold to a couple on Jersey! For Kasabian fans, there’ll also be a chance to buy prints when you visit the Gallery. 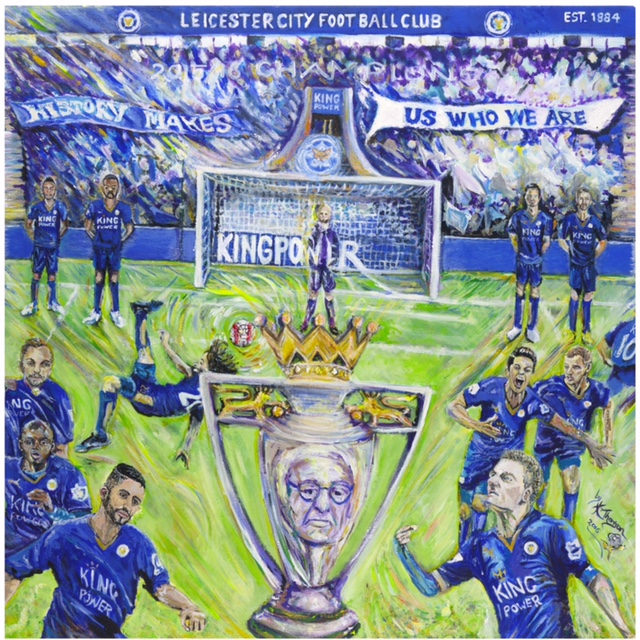 Knight & Garter Co-Owner, Sam Hagger, who is founder of The Beautiful Pubs Collective, which also runs The Rutland & Derby and The Forge in Glenfield, added, “The Gallery room downstairs at Knight & Garter is a wonderful space, which is perfect for both local and national artists to showcase their latest work. We’re so pleased to be opening the Gallery with Kirsteen’s exhibition as I’ve long been an admirer of her work and it seems a perfect fit given her close ties to Richard III, with us just a short distance from the KRIII Visitor Centre and Cathedral.”

“The pieces will appeal to a wide range of tastes, from football and music fans, to local architecture and history, and we look forward to welcoming everybody to the first of many exhibitions.”

The exhibition of Kirsteen Thomson’s work will open to the public on Friday 18 (midday to 8pm) and Saturday 19 August (11am to 7pm), following a VIP preview on Thursday 17 August. The Gallery is situated downstairs at Knight & Garter and is used as a cocktail bar or for private hire when not in use for an exhibition.

The Knight & Garter is located on Hotel Street in Leicester City Centre. 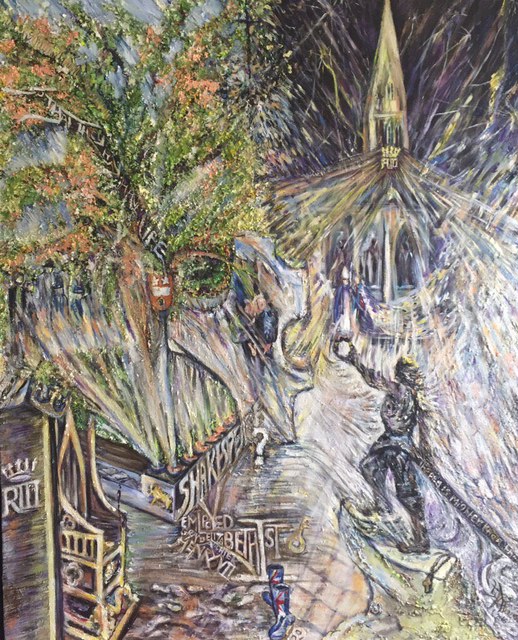