We love Leicester. As a city it’s getting better all the time with new bar openings, restaurant launches and new events taking place. With the turn of the new year here we preview what we’re already excited about in Leicester in 2016

Hogarths describe themselves as a “Victorian Gin Palace“, but a Victorian Gin Palace that also shows sports. They’re opening in the site of the former Squares Bar on Hotel Street and with the refurbishments currently underway the opening should be in quite early 2016. If the look of their Gin Sharing Trays (pictured below) with 5 different gins, mixers and garnish is anything to go by then it’s going to be NICE.

Middletons will be taking up residency in the iconic Grade II listed St Martin’s building and if we go by the menu for their Norwich restaurant then it’s going to be pretty popular. Check our what they have to offer HERE. The Surf & Turf with half a lobster is doing it for us! Middletons Steakhouse & Grill began life in Norfolk and they now have 5 restaurants, with their next opening being Leicester. With the emphasis on fresh and quality ingredients we can’t wait to see what they have to offer.

The Leicester restaurant is due to open in June/July 2016.

Exciting times are afoot with a number of micropubs having recently opened their doors, or opening in 2016. The Real Ale Classroom on Allandale Road in Stoneygate is a big favourite and opened at the very end of November 2015. You can learn about beer, drink beer and eat pork pie, you can even take your doggy. WIN.

For residents of Clarendon Park there is a pending planning application due to be decided in early January 2016 for a new micropub on Howard Road called The Bounder. Fingers crossed this one all goes ahead. We can’t wait!

If you’re over in Loughborough then head to The Needle & Pin, another new micropub located at The Rushes. Not been open too long, great range of drinks, dogs allowed and a lovely atmosphere.

For those of you over in Market Harborough you probably already know all about Beerhouse on St Mary’s Road but to add to Harborough’s offering The Market Harborough Brewery have now lanched and opened their very own shop just a few steps along the road. A great range of bottles and even 18 pint bags in boxes for sale, you can find more info on their Facebook page.

Because you can’t have enough cake. Skylark Bakery is opening on Clarendon Park Road in the former premises of Plank in February 2016. Expect awesome cakes, breakfast, lunches and afternoon teas. Anyone else fancy a cake crawl from Northern Cobbler, via Tiny Bakery to Skylark? We’re in. Find further info on the Skylark Bakery website.

First up there’s a brand new music event coming to Leicester this year with One Big Day Out, which is happening in the gardens of De Montfort Hall on Saturday 30 April. With a lineup incuding The Brand New Heavies, David Rodigan, Neville Staple (of The Specials), Stone Foundation, The Paradimes and much more, tickets are a snip at just £25 (until 1 Feb). You can find more info and buy tickets HERE.

Returning in 2016 is Handmade Festival, which will be back at Leicester’s O2 Academy from 29 April to 1 May. They’ve pulled an awesome lineup out the bag this year with We Are Scientists, Los Campesinos!, 65 Days of Static, Lonely The Brave and Pretty Vicious announced so far and much more to come. Early Bird tickets have sold out but tickets are still just £30 for the whole weekend, which is ridiculous. Get yours on the Handmade Festival website. 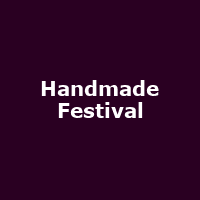 Another new event coming to Leicestershire this year is one for all you pop fans as we go Back to the 80s, 90s, 00s at Cattows Farm from 5 to 7 August. Take a deep breath as you read the lineup… Five, S Club, Chesney Hawkes, Vengaboys, Sonia, Whigfield, Baby D, Alex Party, China Black. There’ll be karaoke and retro video games so you can beat your mate at Sonic The Hedgehog as well. We can’t wait! Weekend camping tickets are £59.99 or treat yourself to a day ticket for £39.99. Tickets are available HERE.

One Reply to “5 exciting things in Leicester for 2016”